Lorwyn release events are coming up in less than two weeks! At that time you'll be able to pick up one of five Lorwyn theme decks. They're prebuilt and ready to play, and each one is built around a tribe of Lorwyn. They're not only chock full of tribal synergies, but also feature a few other surprises. You may or may not want to share these decklists with your friends before the release events! 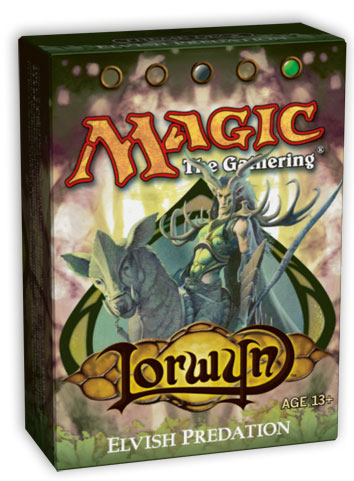 The Elves are coming out of the woodwork! When you pilot the “Elvish Predation” deck, you're in control of a massive Elf-producing force. Not only are all twenty-eight creatures in the deck Elves, but many of them, such as Lys Alana Huntmaster and Nath of the Gilt-Leaf, put Elf creature tokens into play. Some of your spells make tokens as well—in fact, Elvish Promenadedoubles your number of Elves!

1 Prowess of the Fair

1 Nath of the Gilt-Leaf 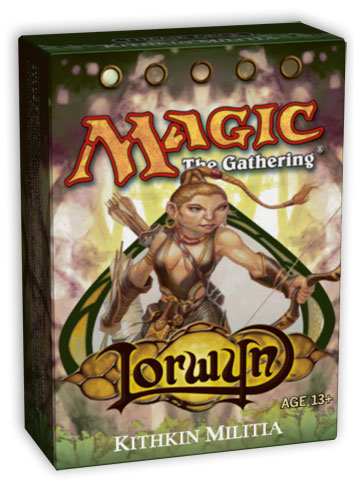 Protect the meadow! The key to the “Kithkin Militia” deck is that Kithkin are quick, furious fighters. Play out as many as you can as early as you can and put your opponent on the defensive. Goldmeadow Harrier and Oblivion Ring can remove any tricky obstacles from your path so your Kithkin can keep attacking. And if the ground gets too congested with blockers, Cloudgoat Ranger and Kinsbaile Balloonist will take the fight to the skies.

One of the deck's best attackers is Kithkin Greatheart, which is a 3/2 creature with first strike as long as you control a Giant. Remember that each changeling creature is a Giant, as is any creature equipped with Runed Stalactite—even Kithkin Greatheart itself! 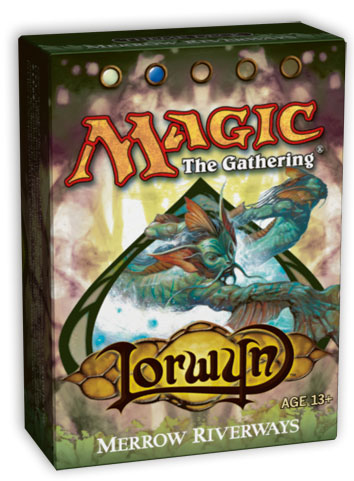 Merfolk are slippery creatures, and you'll use that to your advantage in the “Merrow Riverways” deck. Plenty of Merfolk, like Streambed Aquitects and Silvergill Douser, have abilities that cause them to tap. Others, like Drowner of Secrets, let you tap any of your Merfolk. Combine them with cards that untap your Merfolk, such as Merrow Commerce and Stonybrook Angler, and you'll start swimming circles around your opponent.

What can you accomplish? Attack and block with the same creatures. Use the same ability multiple times a turn. Return Summon the School to your hand over and over. Keep tapping and untapping Fallowsage to draw cards—and gain more life with Judge of Currents. With so many tricks up your sleeve, how can you go wrong? 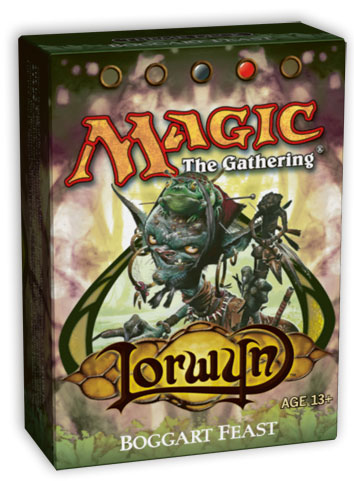 When playing the “Boggart Feast” deck, you're running a raucous warren of expendable, accident-prone Goblins. Enjoy the sadistic delight of offing your own creatures for fun and profit, since that's what Facevaulter, Tar Pitcher, and Fodder Launch do. But have no fear—there are always more Goblins! Boggart Birth Rite and Warren Pilferers yank your critters back from the grave, and Marsh Flitter and Boggart Mob put Goblin tokens into play.

If that's not twisted enough, some of these insane little freaks like to die! When Mudbutton Torchrunner or Hornet Harasser keels over, it can take an enemy creature out with it. And Boggart Shenanigans damages your opponent whenever any of your Goblins gets whacked. With this deck, that can add up in a hurry! 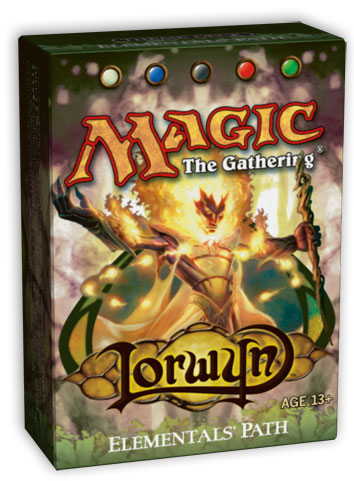 With the “Elementals' Path” deck, you can embrace your inner fire! This five-color deck is mostly red cards, but it has enough cards of the other colors that your opponents will never know what's coming! The deck's lands and artifacts give you access to any color of mana you need.

These are some of the most tightly-themed theme decks in Magic's history. Grab some friends and get ready to throw down some tribal action at Lorwyn's release, right in your hometown game store.