ver a hundred cards were designed for Unglued 2, a set that never saw print but that was full of ideas that led to many actually-printed cards. We've also seen that one of the running gags in Unglued 2 was going to be anthropomorphized vegetables.

In honor of Beatdown Week, today we take a closer look at the Magic-slang-slash-angry-veggie-joke card, Mad Beetdown. 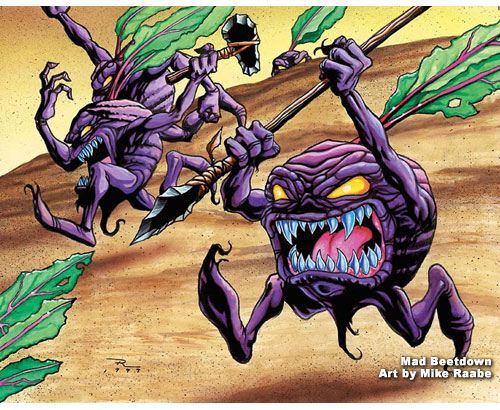 According to Multiverse, Mad Beetdown was going to be a green card with one of the more aggressive poison abilities.

Poison: 2
Mad Beetdown cannot be the target of spells or effects.
2/2

The "Poison: 2" in its rules text is a keyworded version of the same ability that Pit Scorpion or Marsh Viper have. In other words: