ou'd probably like to see the promo cards associated with the release of Magic 2013, wouldn't you? If the answer is somehow "No," then look away! It may already be too late! Because those promo cards are coming right now! 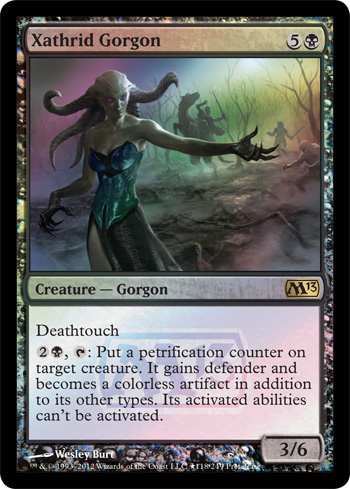 This foil Xathrid Gorgon will be given out (while supplies last) at Magic 2013 Prereleases on July 7-8. 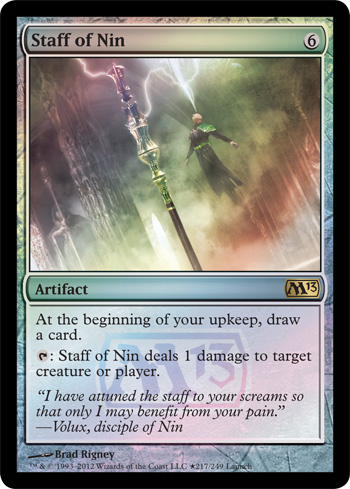 Launch Parties are no more, but Magic 2013 goes on sale on Friday, July 13. And at that special launch version of Friday Night Magic, there's a special promo version of Staff of Nin while supplies last. 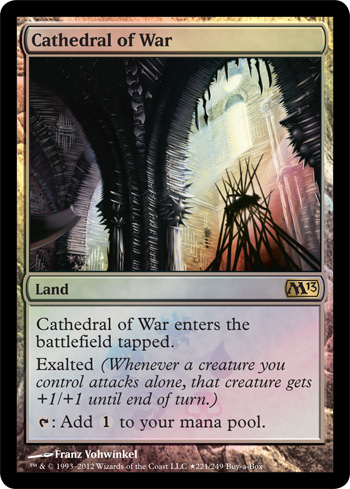 If you're among the first people to buy a full box of Magic 2013 booster packs at a participating location (while supplies last), you'll get this Cathedral of War. Like this other cards, this is "while supplies last," which means you probably have to reserve your box early. 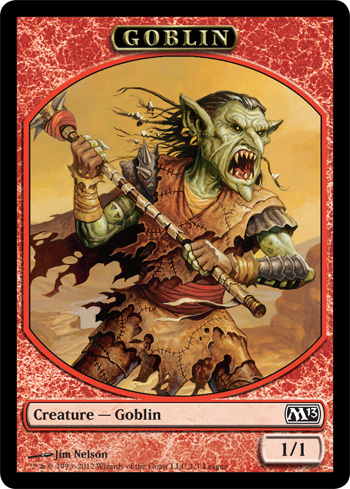 We showed you this Goblin token card last week. But for the sake of keeping all the promos together, we're throwing it in here! It goes to the top finishers in the Magic 2013 Leagues that start on July 13. While supplies last. 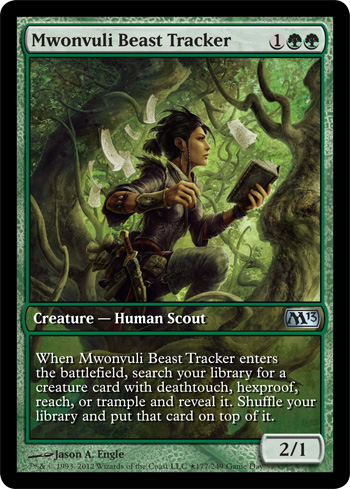 Magic 2013 Game Day is on August 4-5, 2012 worldwide. And while supplies last, all participants will get this exclusive Mwonvuli Beast Tracker. The Top 8 players in each location will receive an exclusive Magmaquake. It looks like this: 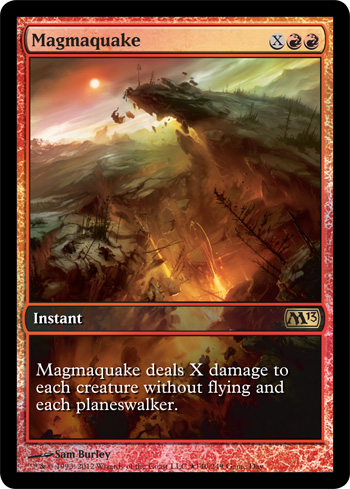