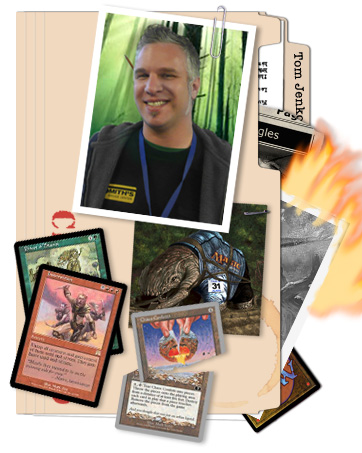 I design all sorts of web assets for the Daily MTG and Events pages. I also dream up, and design the images included in the daily articles.

Age: Thirty-seven. I don't have proof, but I think my team refers to me as Grandpa Jenkot behind my back.

Family: All back in Chicago, where I lived my entire life before moving out here last November for the job. My wife and dog just arrived in Seattle last weekend! 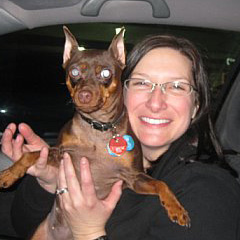 Education: Went to Columbia College in Chicago and graduated with a Bachelor of Arts degree. I studied everything from photography, graphic design, fiction writing, fine art, film making, and script writing. I know a little about all of those, and not a ton about any single one.

Previous job: I worked at Sony Music as a graphic designer for fourteen years. I was a one man show; I designed all sorts of marketing materials, web ads, displays for in-store performances, edited video recaps, ... you get the idea. One man show. I was the first in that position and the last. The music industry isn't doing so well lately.

I've never tried harder to get anything in my life. I had several interviews, submitted skill test images, created an online portfolio overnight, and waited anxiously. Three days after my in person interview (and three days before my October wedding) I was offered the job!

Does winning a 35 person sealed event at the Shadowmoor prerelease count? Probably not.

No pro tour stories from this kid. I'm casual through and through. My one Magic accomplishment was the formation of Monday Night Magic with a friend in Chicago. I hosted this weekly game for almost four years and made a lot of good friends. 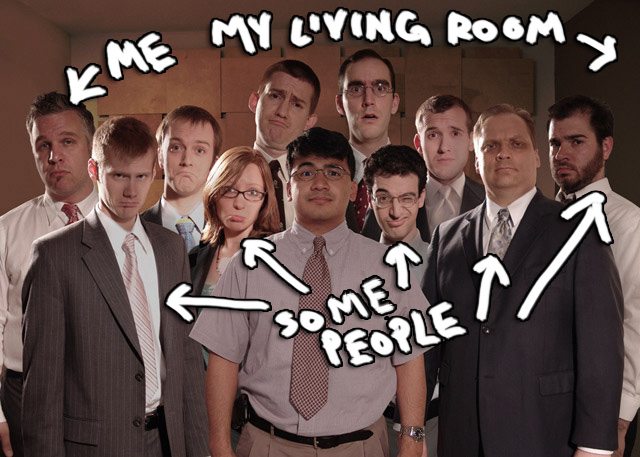 MNM Format: Start with the five boosters, add another booster each week after that, keep track of wins / losses, and start over after six weeks. It was a great casual format and I miss it.

Favorite part of your job: 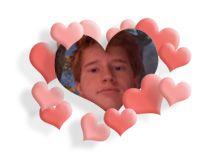 1) Reading all the Daily MTG articles and coming up with images for them. In particular, images of the humorous sort. I look forward to reading Noel's From the Lab and usually have too many image ideas and must settle on just one.

2) The creative aspect. Not only does the art wall behind Jeremy's desk inspire me but working with a group of very talented graphic designers is exhilarating.

Least favorite part of your job:

Taking short or no lunches. At the end of the day I'm happy to have such a satisfying job, but I'm also hungry.

Other games you currently enjoy playing:

My time is split between three things:

That said, I did just get a MTGO account. Once I'm up and running online, I might need to stop hanging out with the wife.

In your spare time:

When I'm not playing Magic, I like to power through entire seasons of television shows in one day. I just watched Spaced recently (Simon Pegg – Shaun of the Dead, Hot Fuzz) and am gladly watching it again with the wife.

Also I go to a lot of concerts. The venues in Seattle are more intimate than in Chicago and just as plentiful. I've purchased tickets to 4 shows in the next month: The Von Bondies, Asobi Seksu, Thao Nguyen, and Jaguar Love. 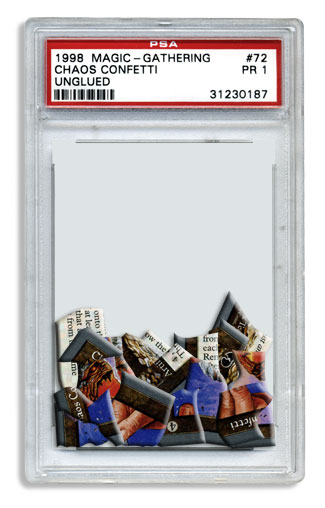 In every set there is a favorite card or mechanic that I want to make a deck around. However, the ideas usually never make it past the notes / list of cards stage. The Isochron Scepter deck I made was only fun for me as was the creature-less Glimpse of the Unthinkable deck. Those two are collecting dust in the closet.

One of the first decks I created is a gloriously casual 250 cards strong, consisting of mana-happy elves and Insurrection for the win. I call it Elven Enema.

Although they aren't the engines of any deck, I have a soft spot for a few Un cards. I purchased over a dozen Time Machines for all my casual decks and have post it notes to remind me which card comes back when. I fondly remember playing an Enter the Dungeon sub-game under the table at a friend's house by candlelight. Only when I played the second Enter the Dungeon in that same sub-game did I run across a problem: No basement. It's not uncommon for me to hand out Chaos Confettis when hosting a Magic party. I once tried to get torn up Chaos Confetti PSA graded. They wouldn't do it. Jerks.

Currently I'm working on an exhalted deck! Any ideas?

Something the readers don't know about you:

I modeled for the art of Nicol Bolas, Planeswalker. 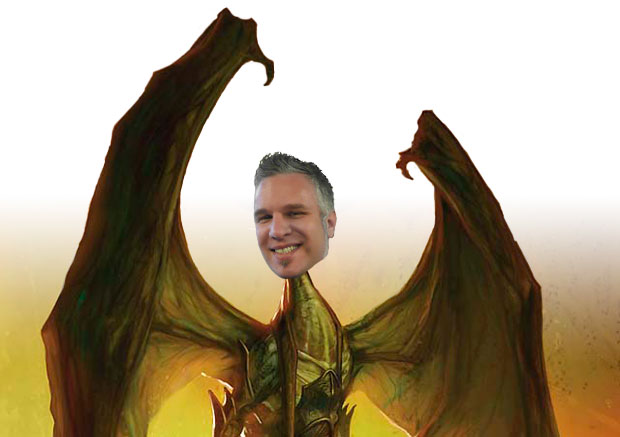 Ask and you shall receive: Slivers playing poker wallpaper!

This was actually one of my skill test images I created during the interview process. Saw an opportunity to use it in Building on a Budget last week and couldn’t resist. My boss calls it cheating, I call it awesome!

Disclaimer: Image was created small and scaled up for the wallpaper. Image quality suffers but the gag remains the same! 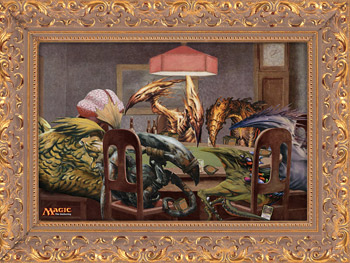