agic is once again being printed in Korean!

This is not the first time that Magic cards have been printed in Korean. They first appeared back in the days of Visions and Tempest.

When Korean makes its triumphant return in Magic 2012, Magic will reach its highest number of simultaneous languages ever: English, Chinese Traditional, Chinese Simplified, French, German, Italian, Japanese, Korean, Portuguese, Russian, and Spanish! The Magic 2012 Core Set will launch in Korean on October 14. Innistrad will also be in Korean a little bit later than the other languages, but Dark Ascension will be in Korean on February 3 along with all the other langauges. And then we'll have a simultaneous eleven-language global release from then on. It's very exciting! 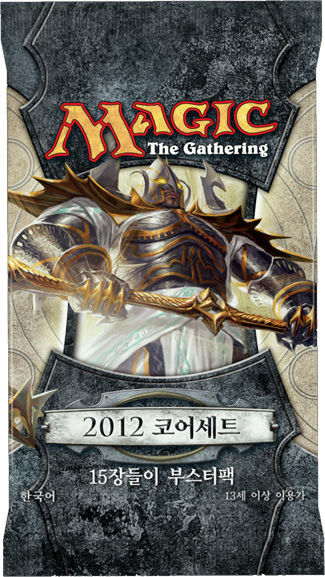