here were you two Saturdays ago?

If you were one of hundreds of lucky planeswalkers, you were at the Sights of Zendikar party at the Penny Arcade Expo—or, as most people called it, the Magic party at PAX.

When we say "lucky," we actually mean "dedicated and skilled," because getting to the party wasn't easy. There were five stations scattered around PAX—one for each color—and attendees had to solve a puzzle at each station to collect five colored stamps. And these weren't pushover puzzles, either—these were serious challenges designed by Magic rules manager and seasoned puzzler Mark Gottlieb. Those who completed the puzzles constituted a privileged elite among PAX's thousands of attendees ... 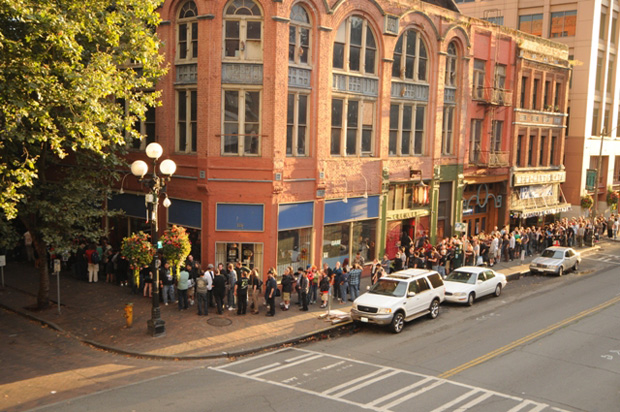 ... so there were still a heck of a lot of them! The line to get into the Trinity nightclub in Seattle stretched around the block by the time the party was scheduled to start. 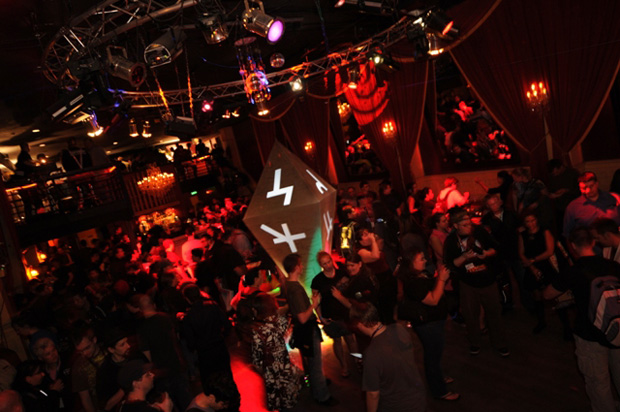 And what's that big pyramid-looking thing in the middle? That would be The Hedron. 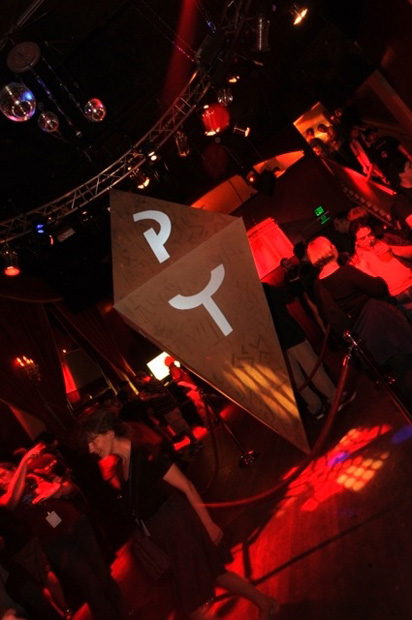 Hedrons, as you might be aware, are the mysterious, octahedral rock formations that litter the landscape of Zendikar. This particular hedron was the centerpiece of the Zendikar puzzle hunt, which had partygoers poring over the art of over a dozen oversized Zendikar preview cards, many of them previously unknown. 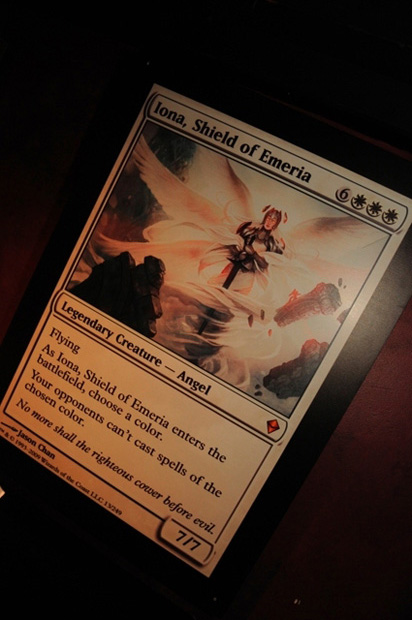 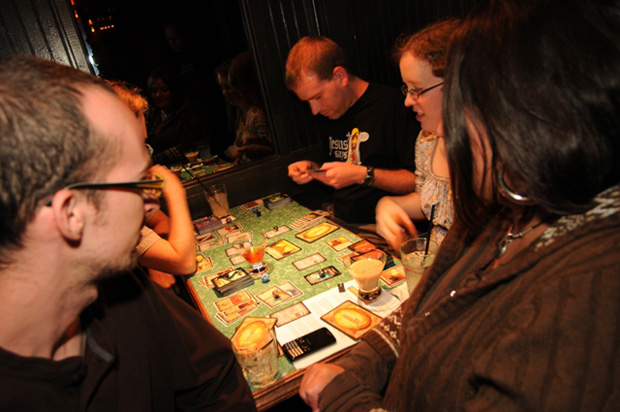 In addition to the Planechase lounge and the main hall, the nightclub was divided into five colored rooms. In the white room and the black room, you could chill on the couches, listen to DJ Nox, and scope out preview cards. 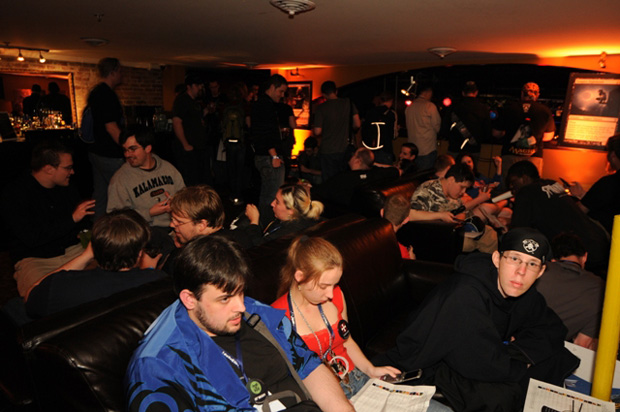 The red room was a low-key place to hang out at the bar and chat with friends—or with one of the many Magic artists, brand managers, and R&D members in attendance, including Aaron Forsythe, Mark Gottlieb, Todd Lockwood, Mark Purvis, Tom LaPille, Elaine Chase, Mark Tedin, and Kenneth Nagle. 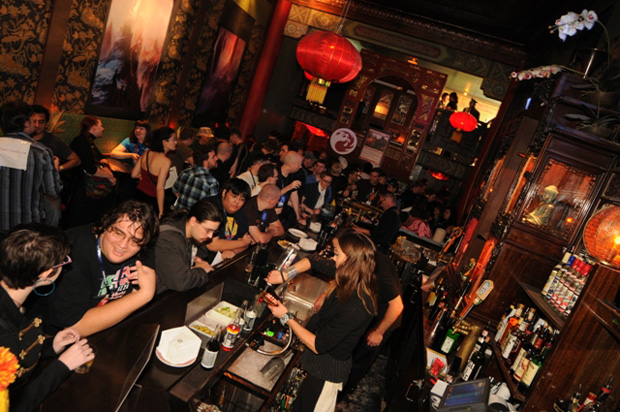 In the green room, you could get your picture taken in front of a green screen and printed out with a Zendikar landscape backdrop. 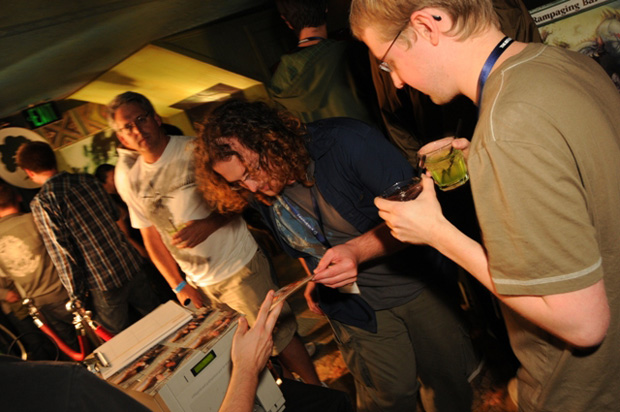 And in the blue room, Wizards staffer Jay Schneider was showing off the new downloadable content for Duels of the Planeswalkers. (No word yet on release date, Duels fans!) 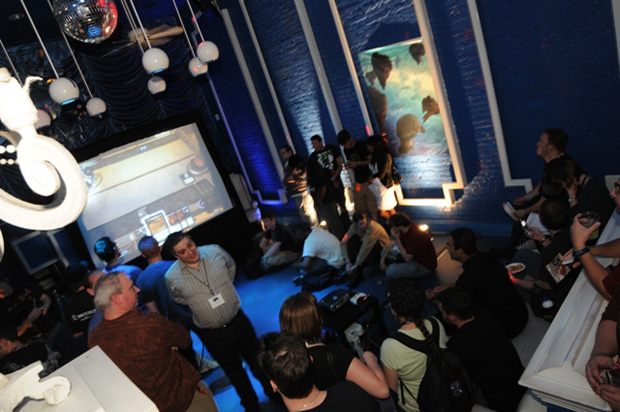 Late in the evening, the blacklights came on, but not just for atmosphere—the puzzle hunt finalists had to piece together information on the backs of their own hands, stamped on them when they entered but only visible in ultraviolet. 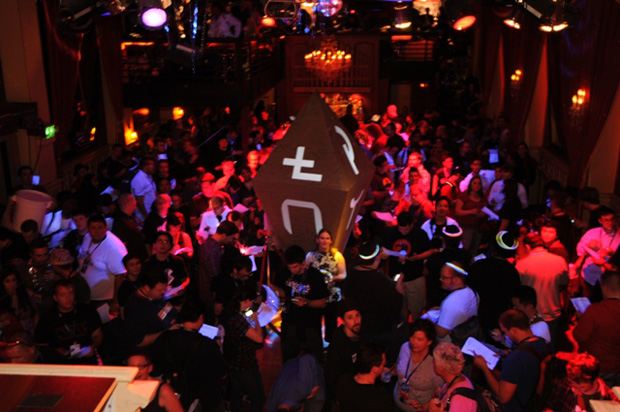 When the final puzzle was completed, the top of the hedron opened up at the booming command of MC Ryan Miller, and one clever winner reached inside to claim his prize. 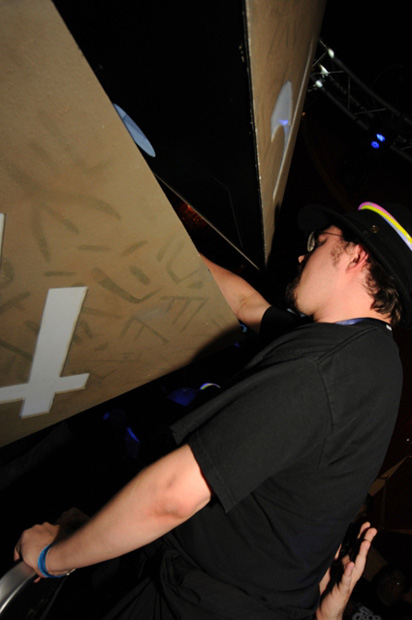 Congratulations to Chris Battey, who braved the perils of Zendikar to find a truly unique treasure: an origami lotus made out of $1000 in $20 bills! 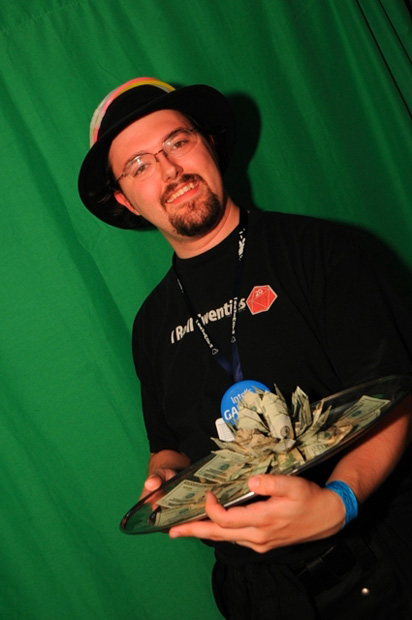