PAX East is coming up March 6–8 in Boston, MA, and Magic: The Gathering has a weekend's worth of exciting plans scheduled, including plentiful opportunities for gaming, a Top 8 PAX East Challenge, and a panel discussing and revealing much of Magic's future—including exclusive PAX East preview cards from Dragons of Tarkir!

That's right, as is PAX tradition, the Magic panel—held Friday, March 6, 3 p.m.–4 p.m. in the Albatross Theater—will give a number of tantalizing hints about the next several months, including a number of cards from Dragons of Tarkir. R&D Design Manager Dave Humpherys, R&D Game Designer Ethan Fleischer, Senior Game Designer and creative guru Doug Beyer, and Global Brand Manager Liz Lamb-Ferro will all be on hand to answer your questions.

Don't worry, if you can't make the panel, you'll still get to see the previews later on DailyMTG.com, but if you want to be the first to see these exclusive previews—or to learn more about what's happening over the next year—then make sure you're in line early. These panels fill up fast!

Additionally, Wizards of the Coast will have tournament space in the Tabletop Area in Hall C, with events all weekend, including:

For a full schedule, details on Wizards of the Coast events at PAX East, and more information, visit magic.wizards.com/PAXEast.

Additionally, PAX East features the return of the Prize Wall—a literal wall of Magic prizes there for the winning—and the opportunity to earn a limited-edition PAX East Pinny Pin that looks a little something like this. 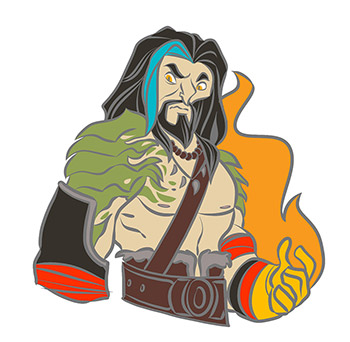 Badges are, unfortunately, sold out, but you can get more information at east.paxsite.com or by checking out magic.wizards.com/PAXEast for everything Magic: The Gathering at PAX East.