ast week it was revealed that we are reprinting Magma Jet in Theros, and there was much rejoicing. Not only because the card is back (and boy do I love casting Magma Jet) but also because of the gorgeous new art by Maciej Kuciara. 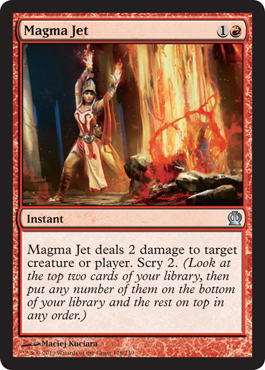 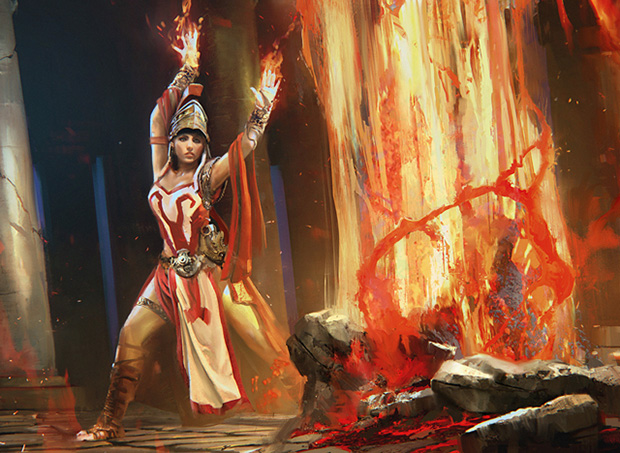 Let's take a look at the art description that brought this beautiful painting to life:

Color: Red spell
Location: Your choice
Action: This spell represents a damaging blast of molten lava. Start with the reference on pg. 49B. Using the reference as inspiration, design a female cleric from Akros. She's summoning a blast of molten lava out of the ground. It shoots up like a fiery geyser. She's in a dynamic pose as she casts her spell. The location is your choice. Maybe she’s on a rocky hillside with a Greek-inspired temple in the background.
Focus: The lava
Mood: I wield the power of fire!