Timeshifted Week, so today we take a look into the history of one of Time Spiral’s timeshifted legends: Verdeloth the Ancient, a legendary magnigoth treefolk. But what’s a magnigoth?

Multani … had no true body outside of plant life. He took his form from wood grain. Cellulose fibers were his muscles, heartwood his bones, sap his blood. His true home was the forest of Yavimaya, where he lived in the endless magnigoth trees.
—Excerpt from Planeshift (Invasion Cycle, Book II)
by J. Robert King

The magnigoth was a species of long-lived Yavimayan that grew tree thousands of feet tall. Magnigoth treefolk (such as the card Magnigoth Treefolk), awakened trees of the magnigoth species, fought the Phyrexians during the time of the invasion.

Check out this magnigoth treefolk in the art of Death Mutation, stabbing its branch into a Phyrexian invader—and note the saprolings pouring out of the wound. 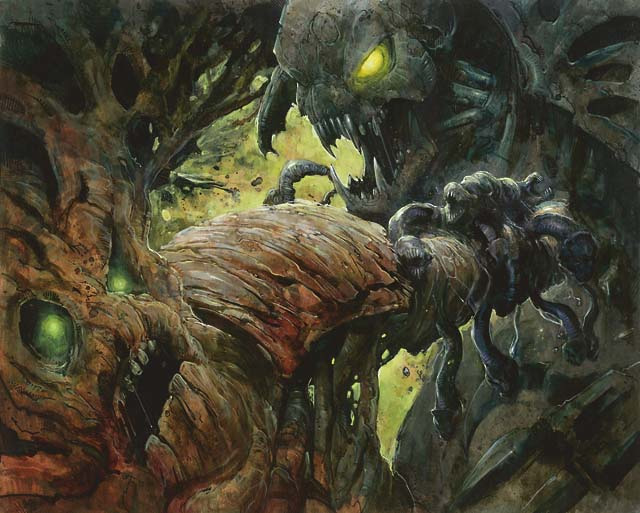 In the background of Fervent Charge, a magnigoth treefolk joins an army of saprolings and kavu in converging on Crovax. 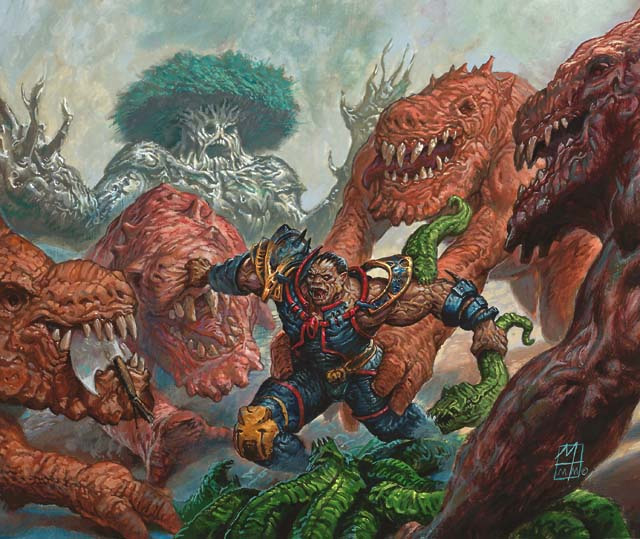 As you can see, the visual design for Daren Bader’s Verdeloth the Ancient was tightly in line with the other magnigoths. Did any magnigoths survive the apocalypse and the coming of Karona? Doubtful, judging by the devastation wreaked on Dominaria’s forests. But at least, thanks to the timeshifted cards, we get to see Verdeloth back in action. (Note the snakelike saprolings streaming over Verdeloth’s bark.) 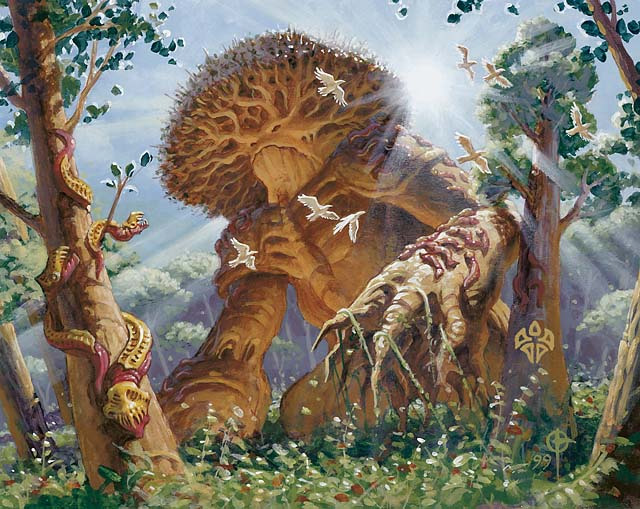