ometimes even the best Planeswalkers among us run out of gas. Sometimes they struggle to call up the magic to cast even the simplest of spells. What should that Planeswalker do?

Well, let's look through the history of gadgets, gizmos, and tools, aka artifacts, that Planeswalkers have called upon to help them when they need more mana.

In the beginning, we made good use of artifacts that just supplemented the mana our lands produced. You know these as the Moxes. 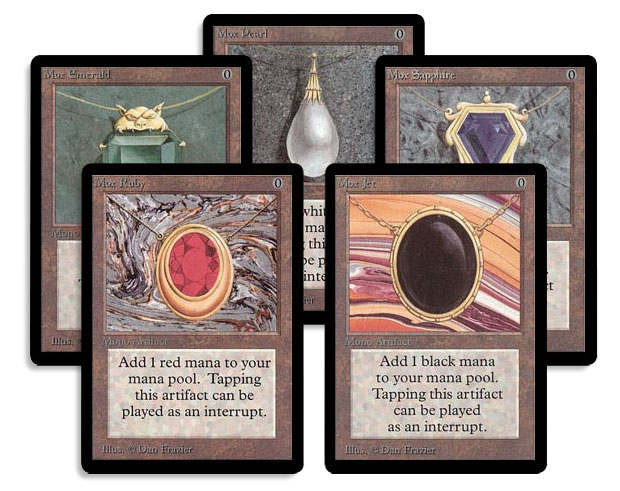 And of course the most powerful burst of mana comes from Black Lotus.

We've tried all sorts of things since then, since those early ones can be so hard to find when you're in trouble and you need mana. During Urza's Destiny we had Braidwood Sextant. After that, we tried any number of artifacts, but one I know very well is actually a trinket: the Wayfarer's Bauble.

Then there's a litany of other land-finding artifacts such as Wanderer's Twig, Armillary Sphere, Expedition Map, and Horizon Spellbomb. Quite recently, Theros gave us two options: Traveler's Amulet (never leave home without it) or Burnished Hart, because sometimes the best guide is the clockwork animal.

My latest favorite, though, comes from Commander (2013 Edition) and promises to see some play in the eponymous format: Surveyor's Scope.

Here's what creative described for its art:

This is a mystical compass-like device that adventurers use to find their way. Perhaps an ornate stylus made of dark lodestone floats above a circular face with a brass frame. Maybe instead of merely pointing north, the stylus magically draws a map across the face of the compass as you travel. Design is up to you, as long as it's clear that the purpose of the artifact is to guide travelers to their destination. You could show a hand holding the device, or have it placed on a rock, etc. 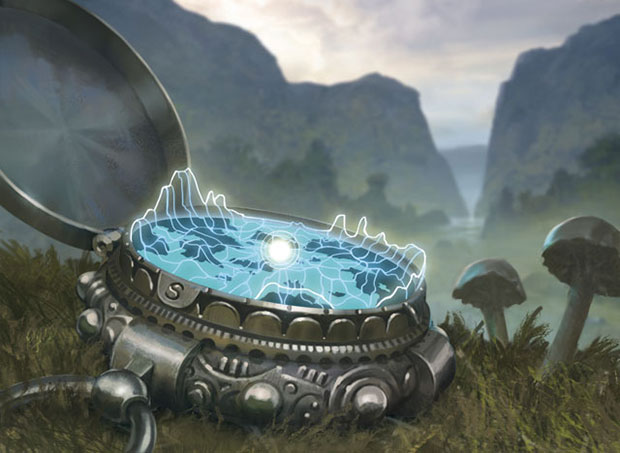