The Many Faces of Jace

uick: Who's the most-printed Planeswalker? No, it's not a trick question—although the five original Planeswalker cards have been printed in the same number of sets, one particular Planeswalker has been printed more than any other. If you're a regular reader of the site (or if you read the title of this Arcana), then you probably know that the answer is Jace.

Like the other four original Planeswalkers, Jace Beleren has been printed in three sets: Lorwyn, Magic 2010, and Magic 2011. 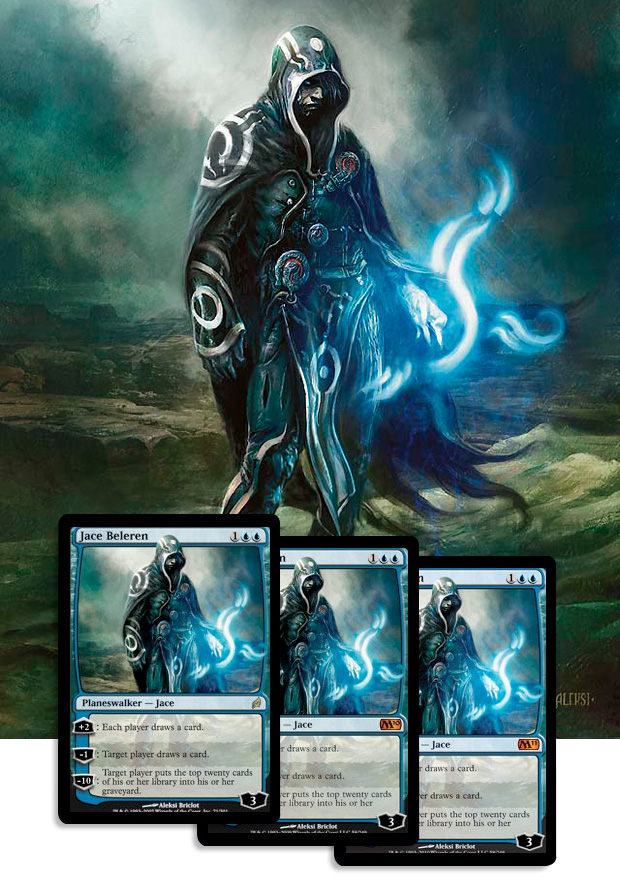 Jace Beleren isn't the only Jace around, though; Worldwake introduced the more experienced Jace, the Mind Sculptor, the first Planeswalker with four abilities: 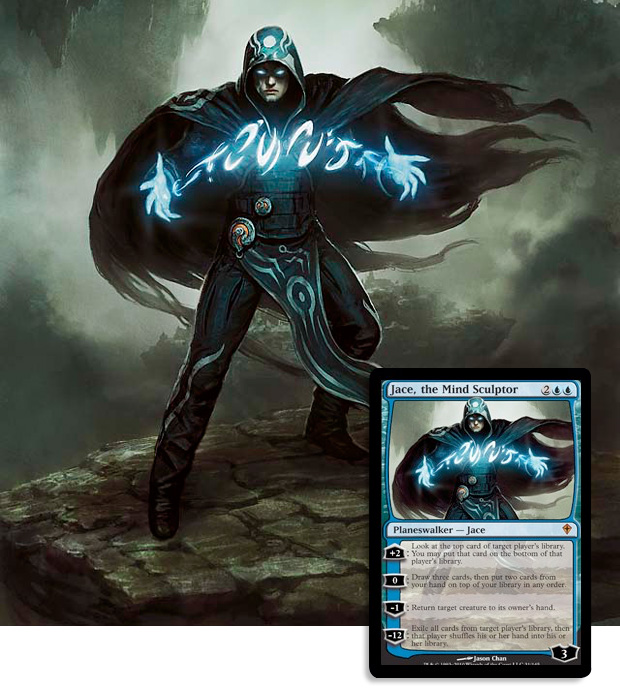 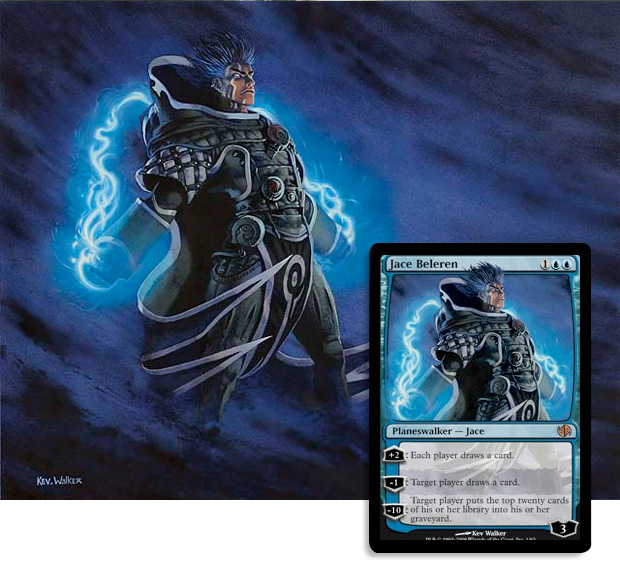 Jace vs. Chandra was also released in Japanese, with new versions of the titular Planeswalkers featuring art by Yoshino Himori, illustrator of Dengeki-Maoh's manga adaption of The Purifying Fire: 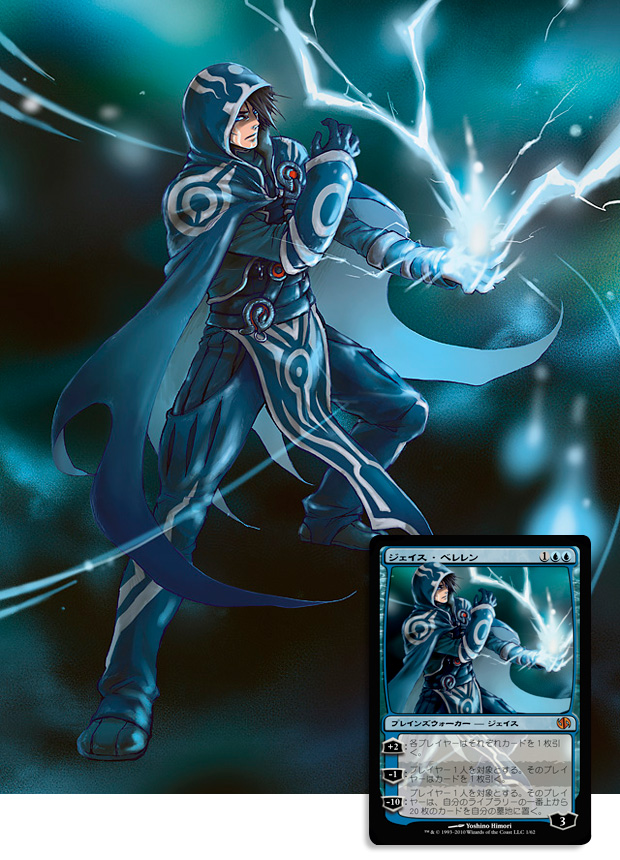 "But wait a minute," you might say, if you're in the habit of starting sentences with conjunctions. "Everything you've said about Jace is also true of Chandra—she appeared in the same three sets and the same two Duel Decks, and she even got a new card, Chandra Ablaze, in Zendikar. When did Jace pull ahead?"

The answer is yet another alternate-art printing of Jace Beleren, this one given out as a promo for the Planeswalker novel Agents of Artifice: 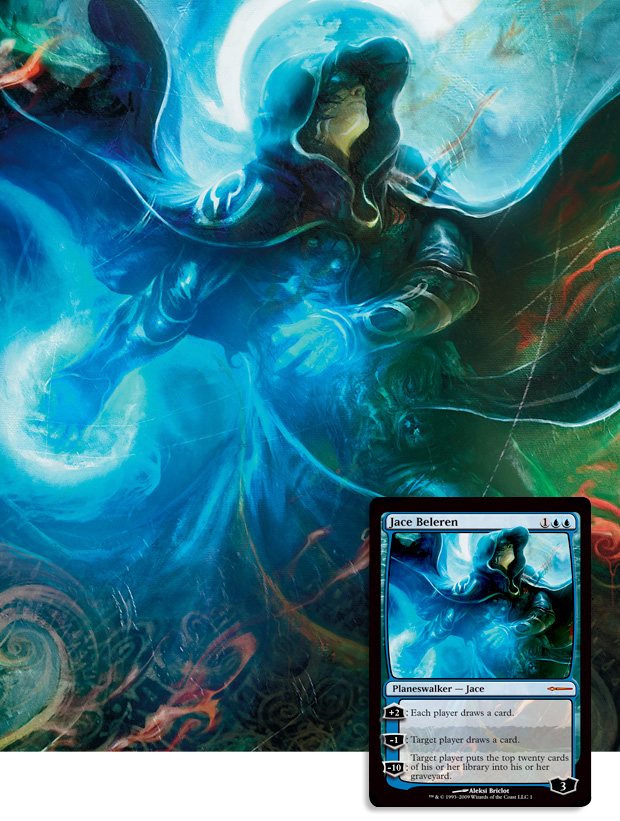