shown you some peeks at Wizards of the Coast meeting rooms in the past. Mark Rosewater's 80,000 Words article showed a couple of the entertaining names, like "Graceland" and "The Bat Cave". But did you know that the meeting rooms actually contain themed artwork? Let's look! 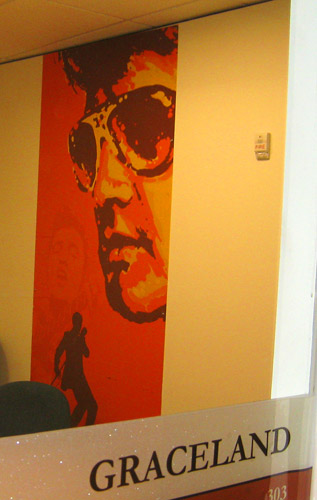 Here's Graceland. As you can see, it's got an enormous orange Elvis on the wall. He's a little distracting, 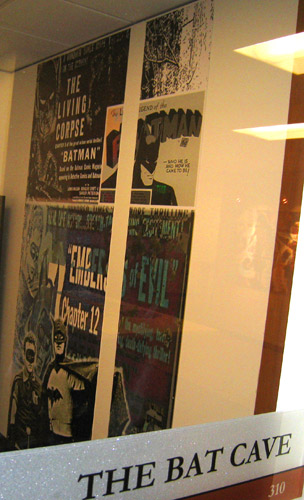 The Bat Cave has images from the old Batman serials. And, logically enough, it's right next to a meeting room named "Wayne Manor". There's no tunnel from one to the other, though. Here's the mural in Wayne Manor: 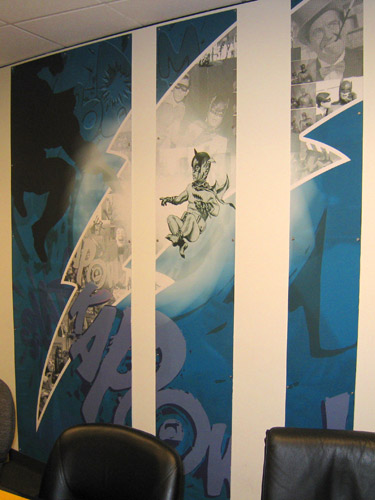 This is more the Batman that people expect. And there's Bat-Mite! If you don't know who Bat-Mite is, there is a world of weirdness waiting for you. We don't really have space to get into it here. 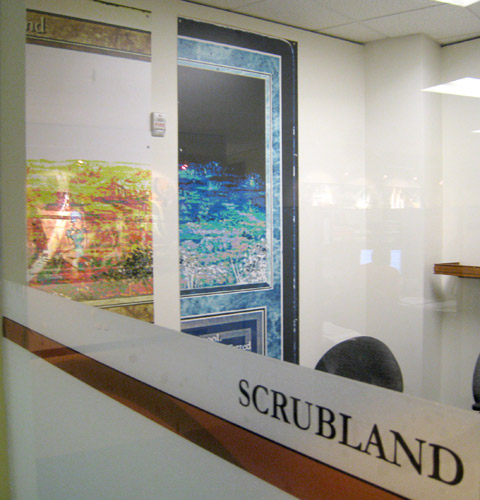 A number of meeting rooms around Magic R&D are just named after cards. Aaron Forsythe's office used to be Castle Sengir, and here's Scrubland. 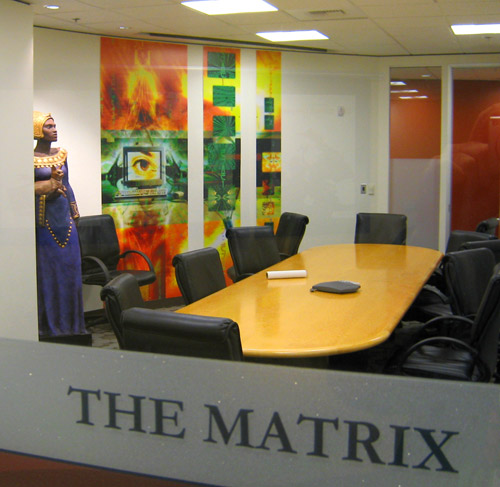