or sequel week, we're going to take another look at a Magic 2010 card that makes a cameo in a different Magic 2011 card. We start with the story of Siege Mastodon. 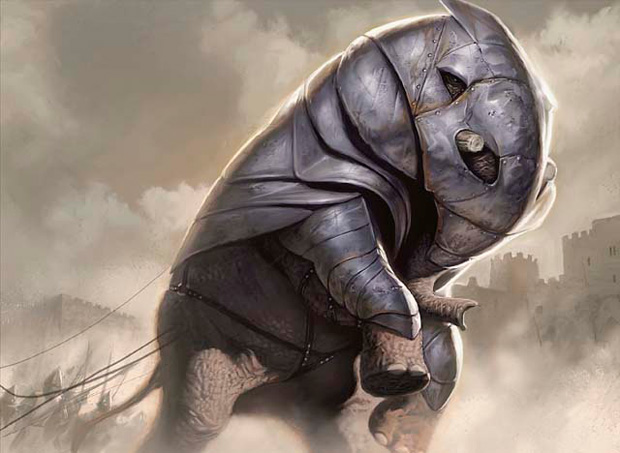 This armored elephant appears in both Magic 2010 and Magic 2011, with different flavor text:

In its original printing, it appears to have been engaged in the defense of a city, but once it's in the hands of General Avitora (instead of some nameless Mastodon keeper) it's attacking someone defended by walls. Which might remind you of a different piece of flavor text. 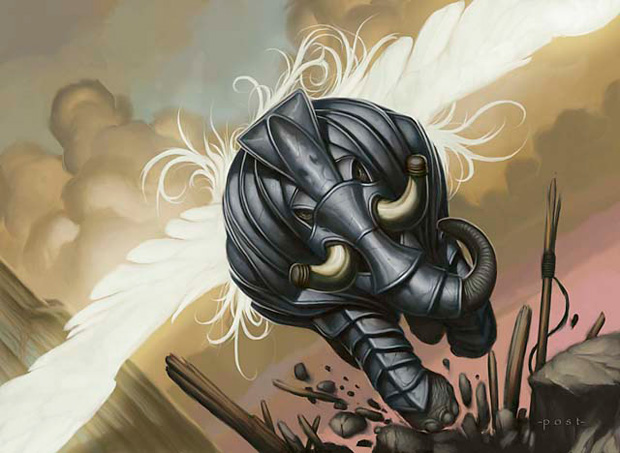 (Okay, so the armored elephant on Mighty Leap doesn't have its tusks cut off. Close enough!)