Mindless Automaton and the Headless Mogg

Mindless Automaton, an Exodus card enjoying new life in the current Standard alongside its other Time Spiral timeshifted brethren, is an artifact creature on a rampage. The brainchild of some mad Rathi artificer, it shreds its way through a crowd of fleeing moggs. Its skullcap crackles with stolen intellectual energy, the fuel on which it runs. If it feeds on thoughts, then why is it hunting moggs, a race known for its lack of, let's say, mental tastiness?

Brian Snoddy's art depicts the automaton engaged in gob-clamping frenzy. We can see evidence of its frustration (if an iron-riveted artifact creature can feel such a thing) in the high-res art, below. One of its pincers has clipped the head of a mogg clean off, and sent it flying! That's what you get when your species' mental capacity doesn't even qualify as an appetizer. 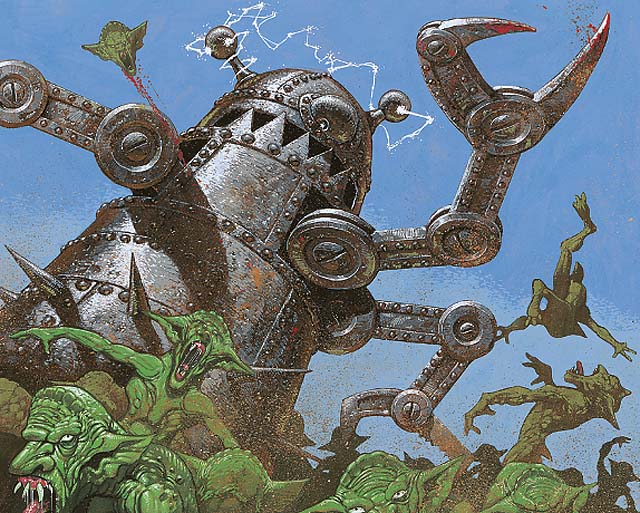