kay! It's time to talk about the Mirrodin Besieged Event Decks, which will be available for sale (MSRP $24.99) on February 25. That's plenty of time to get one in time for Mirrodin Besieged Game Day, which is March 5-6. You'll want to look for something like this. 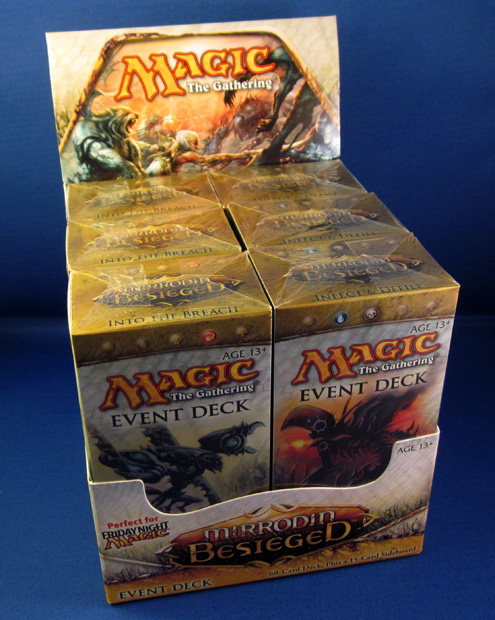 These are full 60-card Standard-legal decks, with 15-card sideboards. They're designed to be ... well, let's let the packaging explain it. 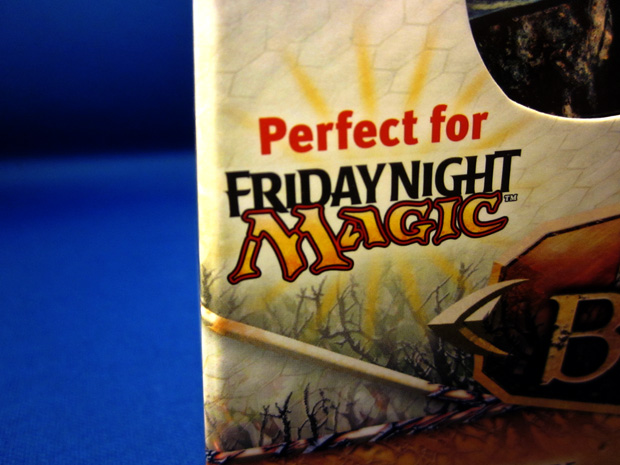 Basically, these are off-the-rack constructed decks that you can take to your local FNM and have fun. Or, if you're only interested in playing strategically optimized decks, they they can serve as a base onto which you can add your own modifications.

Okay, enough explanations. On to the specifics! 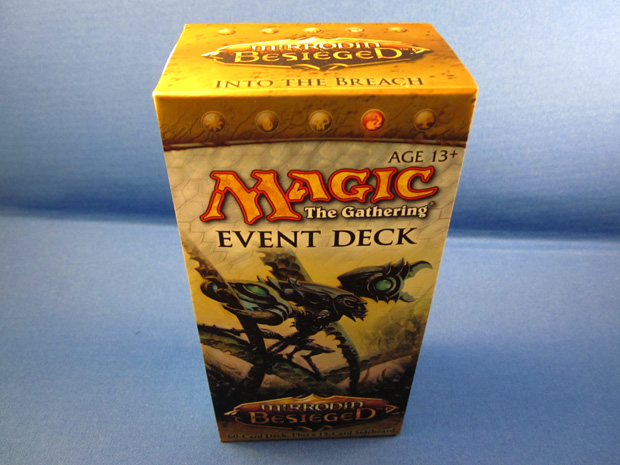 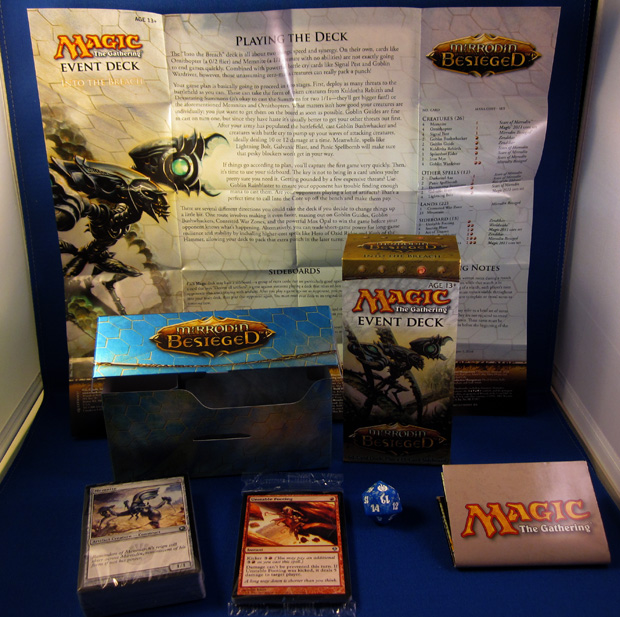 2 Into the Core 1 Leyline of Punishment
45 Cards 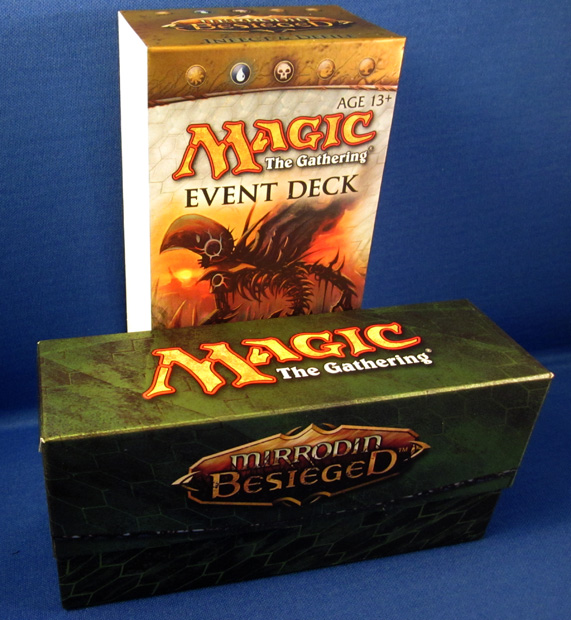 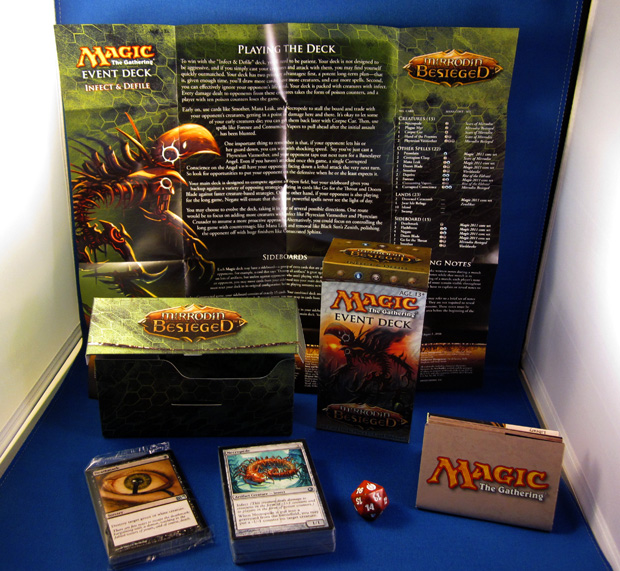 Note that if you want to play one of these decks at Mirrodin Besieged Game Day, they are not fully affiliated with one side or the other. "Into the Breach" is mostly Mirran, but has two sideboard copies of Into the Core; likewise, "Infect & Defile" has two Go for the Throats in its sideboard. So if you're trying to win an Action card, you'll want to swap those out for appropriately watermarked or unaffiliated cards.