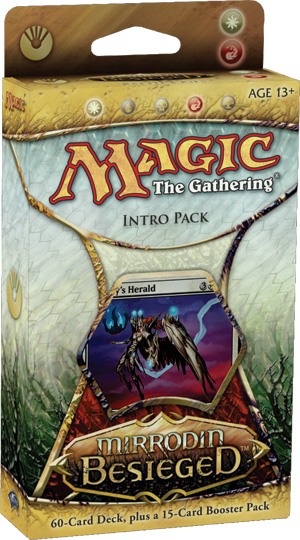 Hey, have you noticed how you can't see the name of the deck from this angle? Well, then you're lucky we're here to tell you. This one is "Battle Cries," and as you can see, it's Mirran and red-white. There's a card sort of visible through the window, and you may be interested to know that it's Victory's Herald. 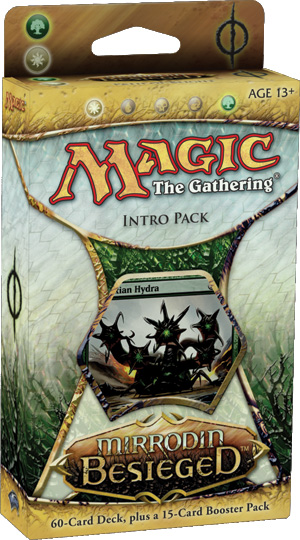 Oop! We've taken a wrong turn and appear to be on the "Path of Blight," a green-white Phyrexian deck." That's a little menacing, isn't it? That green card is Phyrexian Hydra. Scary! 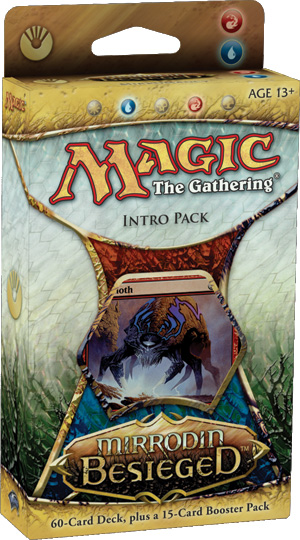 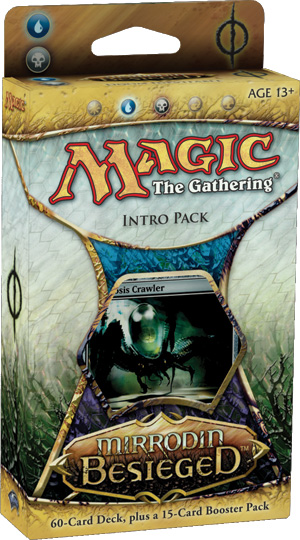 We end our tour with a blue-black Phyrexian deck named "Doom Inevitable." And it's got something called Psychosis Crawler. Uh oh!