s you might expect, there will be tokens in Mirrodin Besieged. And sure enough, token cards will appear in packs. Well, some packs, anyway. The ones that don't have Rules Tip cards. Look, the point is that if you open a Mirrodin Besieged pack, you could be faced with this happy little face: 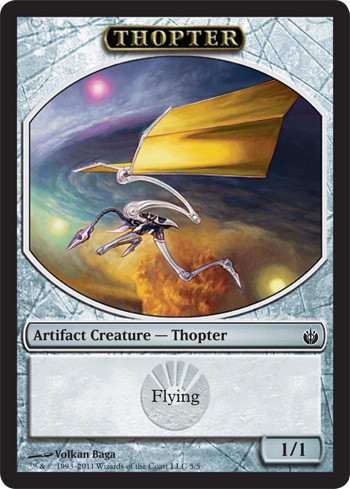 Okay, so what does that tell us about the set? Presumably that there are Thopters in it. Or at any rate, Thopter creators. Let's see the next one! 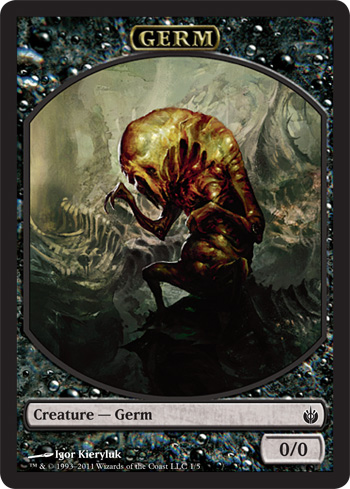 Ah! This is a fascinating specimen. Incapable of surviving on its own, the Germ token is normally seen in the company of a living weapon equipment. Next! 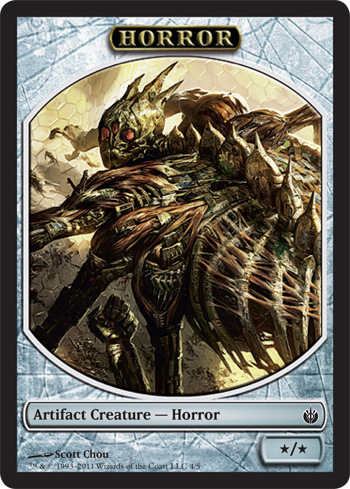 Yikes! This thing is scary! Well, maybe not if you just saw it on its own like this. But it's ordinarily seen right after a Phyrexian Rebirth has cleansed the battlefield of impurities. By which we mean "creatures." 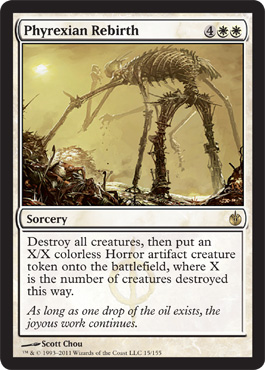 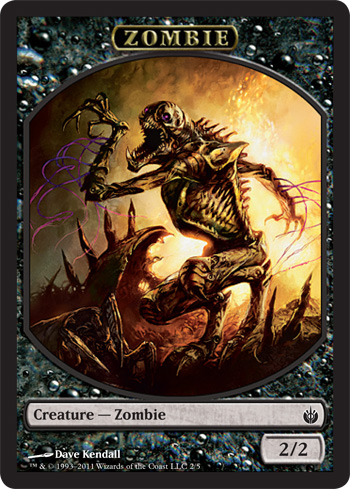 Right. Sure. A 2/2 Zombie. That makes sense. But surely we have a token sitting around that could let us close with a sense of mystery and anticipation? Something to suggest an unknown card? 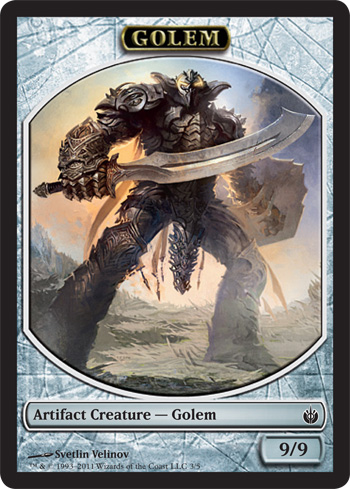