The flavor of the card involves a sudden change in value systems, an overall "Blackening" of the mind (in fact, the card was called [Blackened Mind] during playtest). Check out the scene going on in Jerry Tiritilli's art for the card. The cleric on the left illuminates his text with enlightened illustrations of angels, sunbursts and flowers. The cleric on the right, however, scribes demons and evil monsters. Guess which one has had his mind "blackened"? 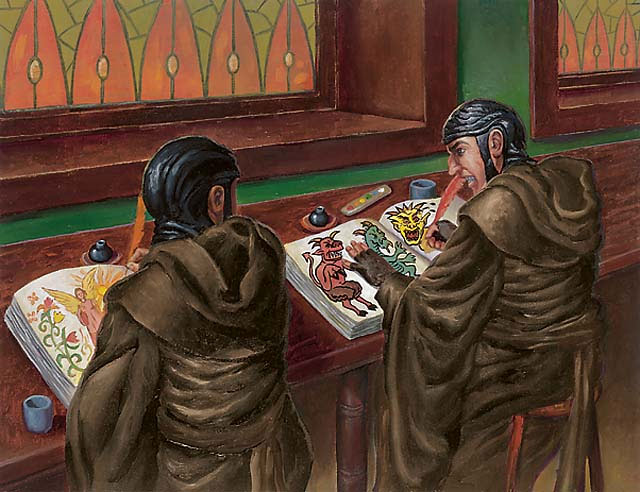