f you were here during the winter break, you probably saw this Arcana, which featured a cake in the shape of a Magic Starter Deck.

We'd show you that cake again, but since it was here just a couple of weeks ago (and originally appeared back in April), it would seem kind of redundant. Instead, how about an entirely new Magic cake? 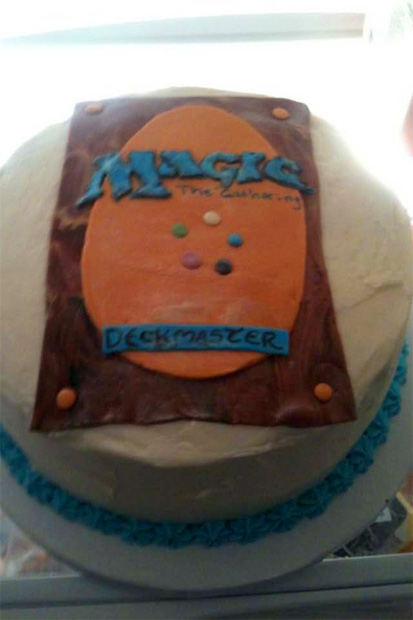 There are two things you should know about this cake. First, unlike the previous cake, it was made by an amateur. Sarah Isbell really likes Magic, and her mother wanted to give her a cake that reflects that. And she did a great job!

The second thing you should know is the secret danger of cool cakes: Sarah took the cake to her local store's Friday Night Magic, but no one wanted to cut it. This is obviously crazy. People! It's not a real Magic card! There's cake under there!