t's time to show more Shards of Alara tokens. You saw yesterday's set, right? If you didn't, you should go look at them. And be amazed! 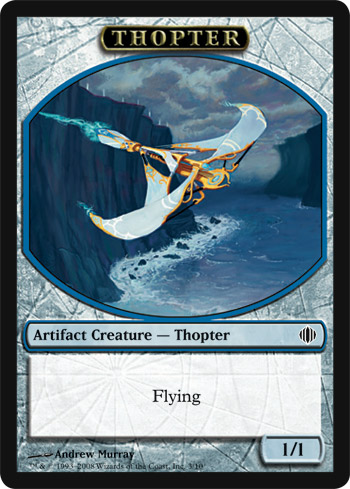 This Thopter token indicates that a Sharding Sphinx has recently dealt combat damage to someone. 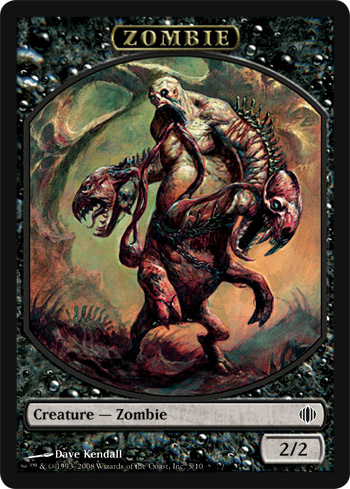 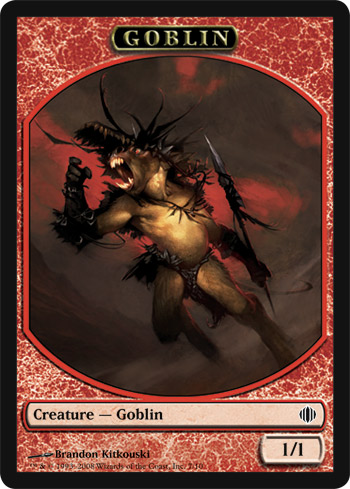 The Goblin token does not have haste, so it must come from Dragon Fodder. However, you could probably use it for Goblin Assault in a pinch. 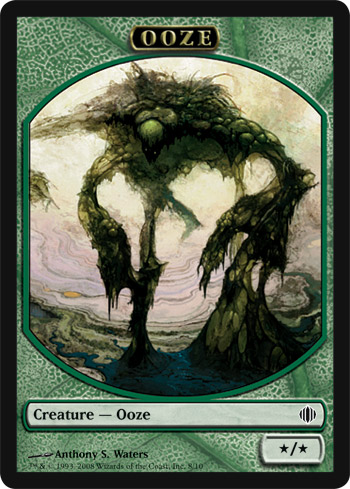 Ah, the Ooze Garden in action is a beautiful thing, isn't it? Gross, but beautiful. 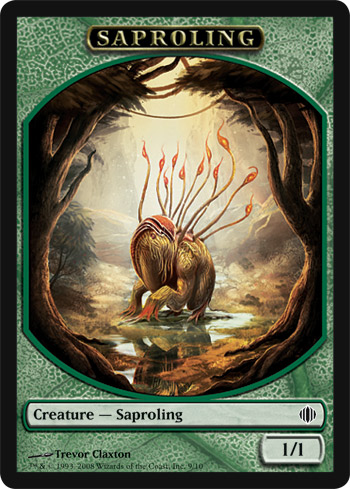 Saprolings are a common feature of Jund. They're often seen is association with Jund Battlemage, Mycoloth, Necrogenesis, and Sprouting Thrinax.

But tokens aren't the only extras that come in packs. You might also get this Conflux promotion: 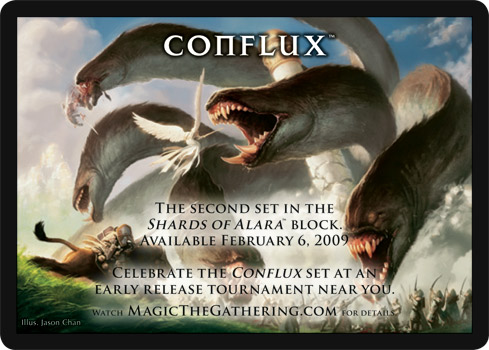 Nice, huh? Jason Chan did a great job on that art. Let's look at it a little larger! 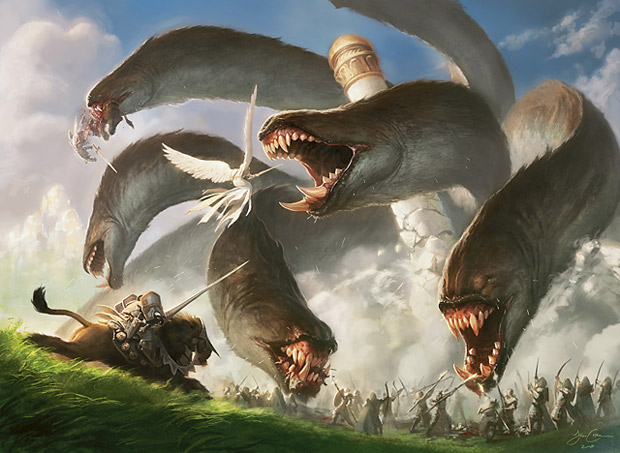