ongratulations to Dan Alpers, the Grand Prize winner of the My Magic contest! And slightly smaller (but still impressive) congratulations to Travis Hall, the runner-up! Let's take a minute to meet the winners before showing the press release. 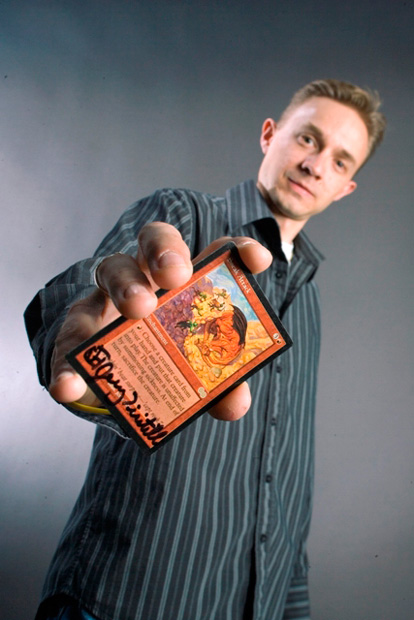 Dan is the president and founder of Central Corridor Gamers, which states that "Our mission is to instill within Cedar Rapids youth and adults concepts such as positive behavior, sportsmanship, and camaraderie by means of game-related event, outreach, fundraising, and volunteer opportunities." His Grand Prix-winning entry described the creation of Central Corridor Gameres and their charity intitiative, Games for Troops.

We asked Dan what he was looking forward to about the trip he won to San Juan. "I think I'm most excited for the simple fact that I'm getting away for a few days without the kids around. Not only away but to a location where I don't have to worry about whether the temp. will stay above freezing in the month of April! When I think about the event, I'm already trying to think about what I'm going to talk to John Avon and Aleksi Briclot about." 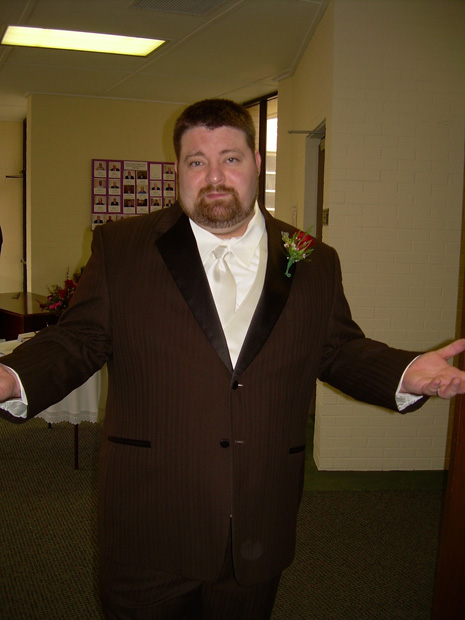 Travis submitted a touching story about love and loss and how Magic can help with both. Asked about his plan of attack for San Juan, he said, "I really look forward to seeing the beaches and Old San Juan, and I'm excited to play in the Super FNM, the PT Amsterdam PTQ, the Grand Melee, and definitely Multiplayer Massive Magic."

Congratulations (again!) to both of the winners, and we'll see them in San Juan!

Wizards of the Coast Highlights Magic: The Gathering Community Members for Stories of Passion and Perseverance

April 21, 2010, Renton, Wash. — Wizards of the Coast today announced that Dan Alpers of Cedar Rapids, Iowa and Travis Hall of Northport, Alabama are the first and second prize winners of the recently concluded 'My Magic' contest. Over the past month, Wizards of the Coast has been collecting stories from the Magic: The Gathering community as part of the contest. With nearly 100 entries, the two finalists were selected based on their creativity, relevancy and uniqueness of their entries. Both winners have won a trip to one of the most anticipated Magic events of the year: Pro Tour San Juan, Puerto Rico at the end of May.

The 'My Magic' contest challenged players to think beyond a typical contest with Wizards asking "Do you have the greatest Magic story?" What was discovered through all of the entries was that at the heart of the Magic: The Gathering game is a community of players who are passionately impacting the way the game they love is played.

Dan Alpers, the first prize winner from Cedar Rapids, Iowa says that Magic helped shape him into the man he is today - a caring father, pillar of his community and founder and president of Central Corridor Gamers in Cedar Rapids, Iowa. Dan began playing Magic: The Gathering at a pivotal point in his life, and in the years that followed he forged some lifelong friendships and partnerships with Magic players he met. Dan has also founded Games for Troops, a nationally recognized initiative that collects donations of video games, card and tabletop games and sends them to American troops overseas to help them stay entertained and connected with their communities back home.

Travis Hall, the runner-up from Northport, Alabama, shared a touching story about how Magic has played a pivotal role throughout his life. The game and surrounding community have helped him create strong, lifelong relationships that have helped him through both the good times and bad. When his infant son was diagnosed with a terminal illness, Travis made sure he shared the game he loved with him before his passing and even dedicated his favorite card to his son's memory.

These two Magic fans demonstrate a core respect and belief in the community that surrounds Magic as well as giving back not only to your community of fellow players, but the greater communities surrounding us all.