My name is NOT…

hoa! Calm down little buddy! I'll explain it to them....

Hey all! Thought I should clear something up. You know that homunculus depicted on Provoke, the Conspiracy reprint? That isn't Fblthp. Fblthp lives on Ravnica, and while this card doesn't have a designated plane, he's different enough, with those meaty hams, that it's obvious they're not the same homunculus. He probably has a name, but no one has told me what it is, so I just call him Kevin. He doesn't seem to mind. I mean, at least it's pronounceable.

Now that we have that cleared up, let's check out the art! It's a bit hard to tell at card size, but taking a look at the larger art we see that is mud on his face. I don't think throwing that was a very good idea, and whomever is on the other end of his fists in a few moments will probably agree with me.

We have a fun sketch with this one, so click through to see the sketch, the sketch overlaying the art for comparison, then the final art. Enjoy! 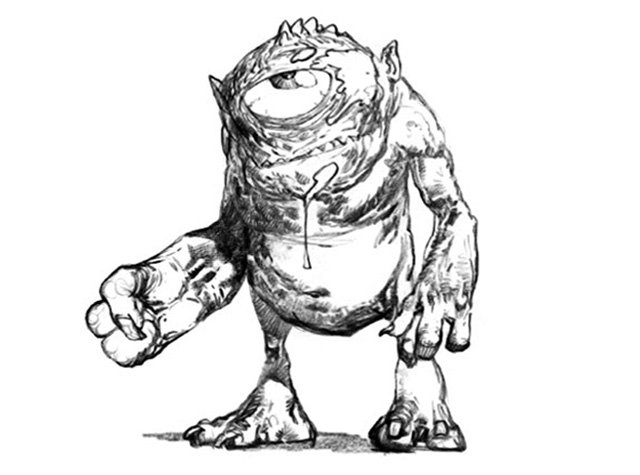