s we told you last year, Needle Drop and Lash Out originally had each others' name and art (or, if you like, they traded rules text) because the needle, big as it was, just didn't look like it was worth three damage.

But that was only the end of Needle Drop's adventures. Let's go all the way back to its art description:

Action: A female giant is lying on her stomach at the edge of a precipice. She was knitting or sewing something, but she grew bored and dangled her sewing needle over the edge. Show the moment she lets go of the needle, just as it begins its fall to the ground below.
Focus: The glinting, 3-foot-long (1m) needle
Mood: Hm, I wonder what happens if I do this?
Notes: For this gag to work, there needs to be a strong sense of scale in the illustration to demonstrate how big the needle is -- that it'll kill someone below.

Greg Staples turned this sketch in: 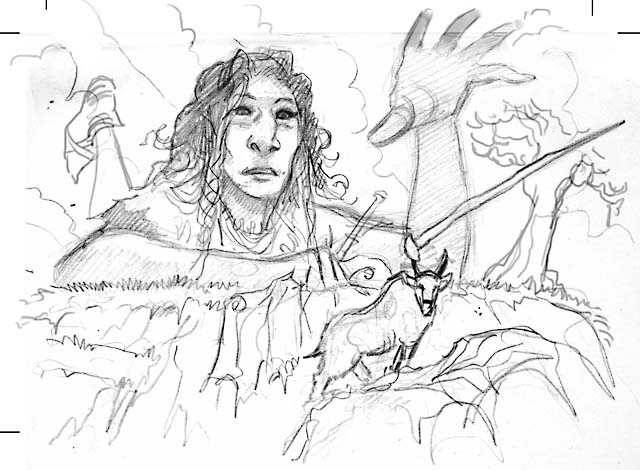 That wasn't quite right. The goal was to have the needle about to plunge down and wound someone, and this version lacked drama, scale, and peril. Greg went to work on another version: 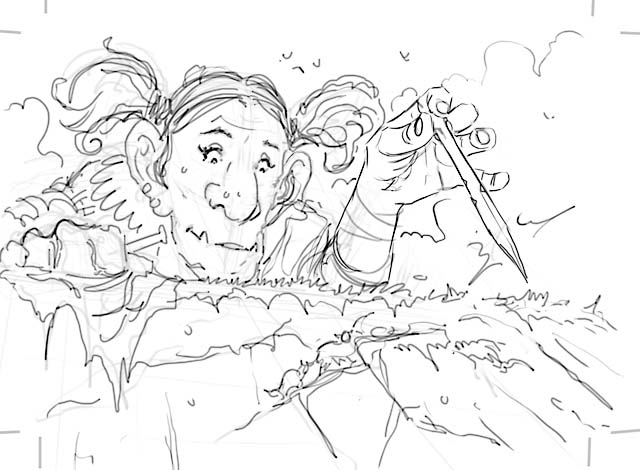 The idea was closer, and this definitely showed the scale. But the giant was a little too goofy and the needle didn't look quite dangerous enough. For this concept to work, the needle has to be vicious-looking (to anyone unfortunate enough to be under it). Back to the drawing board! 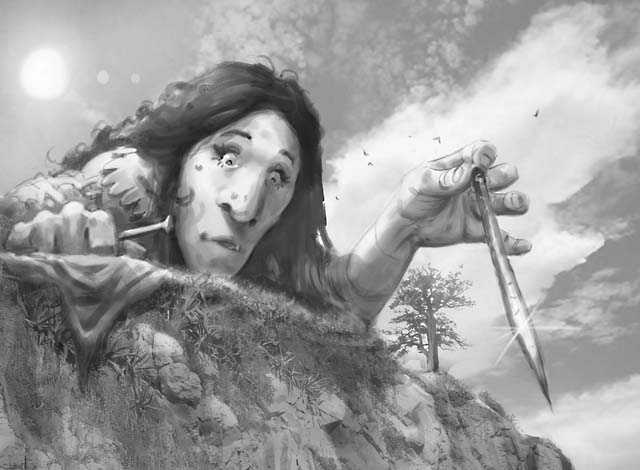 Ah, there we go! This was approved and Greg went to work on the final version, which ended up like this: 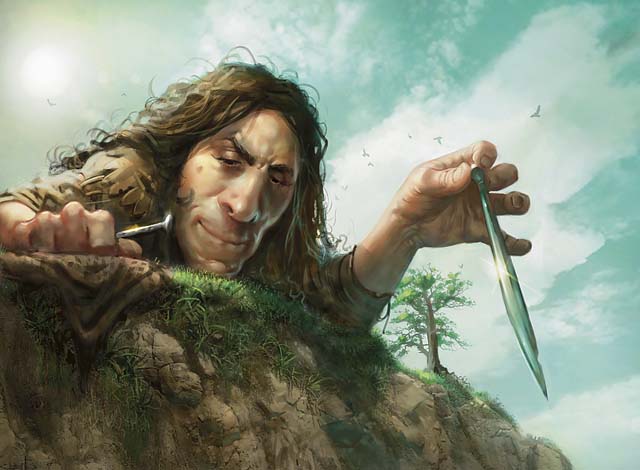 Whew! That was a lot of work, but it came out great!

And here's how it appears on the final card: