ou might have heard of the "buy-a-box" card that we mention each time there's a new set. It's a free alternate-art premium card that's given to the first twenty people to buy a Booster Box at participating locations. For New Phyrexia, that card is Surgical Extraction: 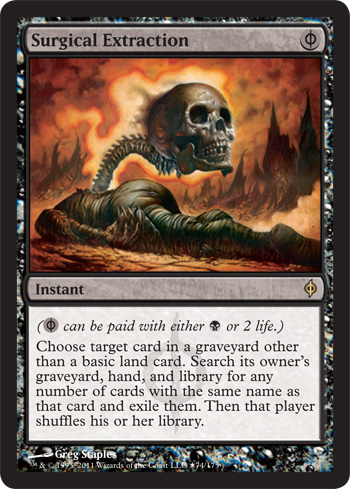 If you're reading this, then you've presumably managed to tear your eyes away from the card. And you might have some questions about it, like "What's with that new mana symbol?" So we now turn this Arcana over to the New Phyrexia FAQ!

Under Phyrexian rule, the very nature of magic is changing. In some cases, blood works just as well as mana. Phyrexian mana allows players to cast spells and activate abilities with fewer mana and to ignore colored mana requirements. 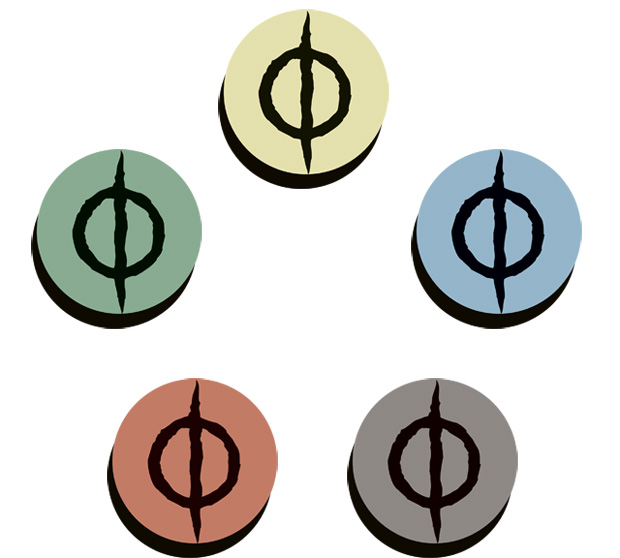 * Phyrexian mana symbols appear only in costs, such as the mana cost in the upper right corner of a card or the cost to activate an activated ability.

* A card with Phyrexian mana symbols in its mana cost is each color that appears in that mana cost, regardless of how that cost may have been paid. For example, the Surgical Extraction above is black, even if a player paid 2 life to cast it.