oday we have a special treat: a look behind the scenes of the development of new art for a Ninth Edition card, and the confirmation of a card from the upcoming Ninth Edition set. Think of it as a sort of Sketches/9E-spoiler combo platter.

That pinging artifact Rod of Ruin has been part of every base set -- now called the Core Set -- in the history of Magic. Here's the spoiler part: it's in Ninth Edition of the Core Set, too, releasing this summer. That's official -- you can write it down and everything.

Here's the Sketches part. Rod of Ruin gets new art in Ninth, by fantasy illustrator Eric Deschamps (and illustrator of a couple of cards in Unhinged). Eric was given a lot of freedom in his assignment -- check out the art description:

Show a sinister-looking magical scepter of your design.

That's the whole thing. Let's see some of the initial sketches Eric came up with. 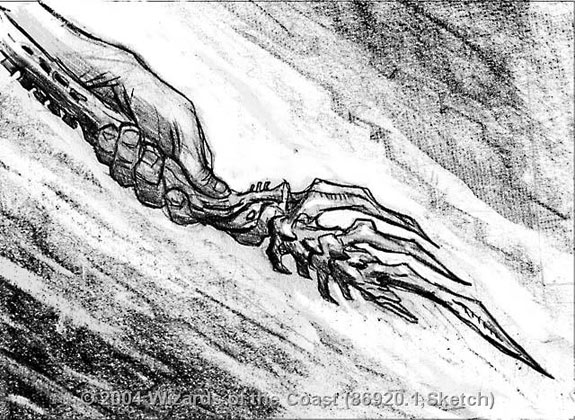 In this first effort, the rod is made from some unfortunate creature's spinal bone. That's good creepy flavor, but the creative team wanted to see more options. Here are two more sketches Eric provided. 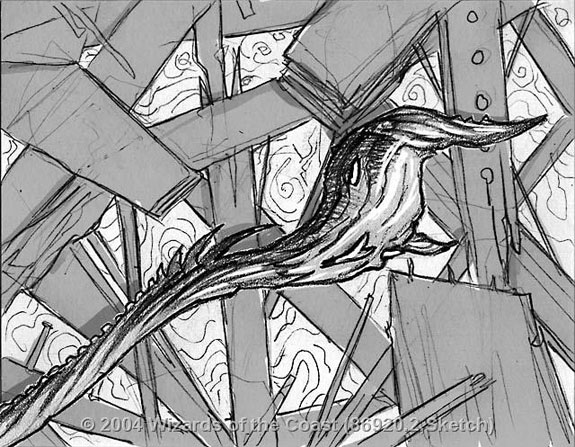 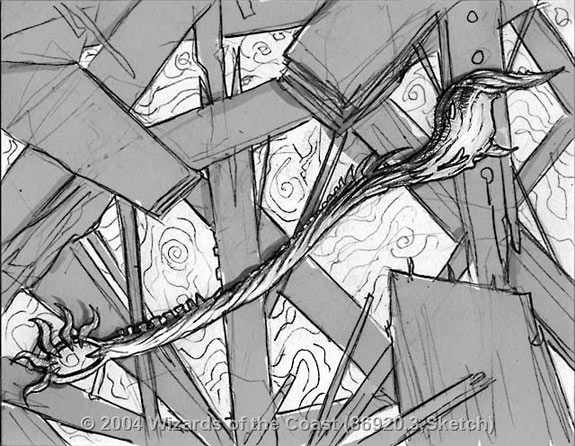 Here the rod is made from splintery, twisted wood with skull-like indications at one end. This is also in the right direction, but Creative was worried it looked too much like a big paintbrush in shape. It was time to get inspired.

It was time to wonder, what is this rod really about? What is its role in history, and what does it represent? Rod of Ruin's flavor text, which remains the same in Ninth as its Seventh and Eighth Edition flavor text, summons up some of the mood of the artifact:

The rod is a relic from ancient times . . . cruel, vicious, mean-spirited times.

So this is no mere stick; this is a relic dredged up from some mythic Bad Old Days. It was probably crafted by some half-mad wizard to lash out against the brutal chaos of his era. It doesn't just "ping" -- it expresses the madness of its sinister creator.

Ever the trooper, Eric Deschamps sent in this next flood of ideas. 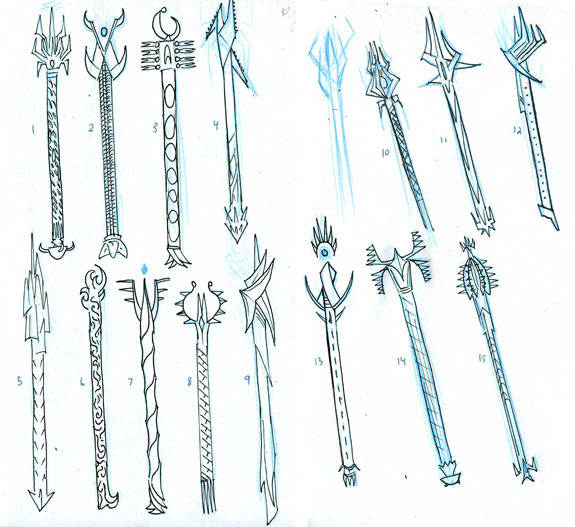 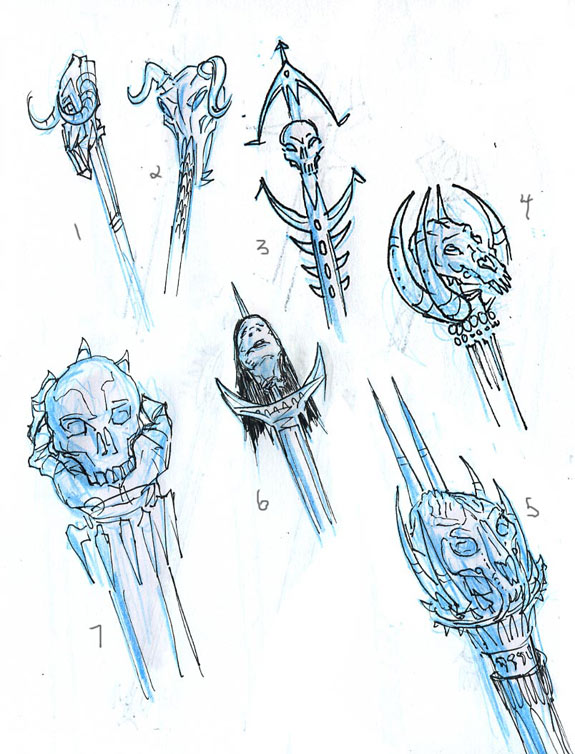 Now here is a set of sinister-looking magical scepters. We won't tell you which design was eventually turned into Rod of Ruin's final art -- you'll have to wait to crack packs of Ninth this summer for that -- but we can tell you it's based off of one of them. Stay tuned to magicthegathering.com for more Ninth Edition Core Set info.