ath and numbers are obviously important in Magic, though much of it is simple arithmetic on the table there is a great deal more math underlying it. Today is November 12, 2013, which in American notation is written 11/12/13. With that realization I set out to look at numbers for today's Arcana. More specifically I looked at powers on creatures.

There's nothing quite so satisfyng as slamming down a giant creature on the table. Am I right? (Hint: I'm right.)

Oh man, this card. I started playing Magic the week before Ice Age released so I have lots of fond memories for that set. This card is one of them. I loved this card. Sure, I had to let it eat my lands, but it was an 11/11 with trample! To be fair, I don't recall ever winning a game with it, but I remember the dreams quite well. 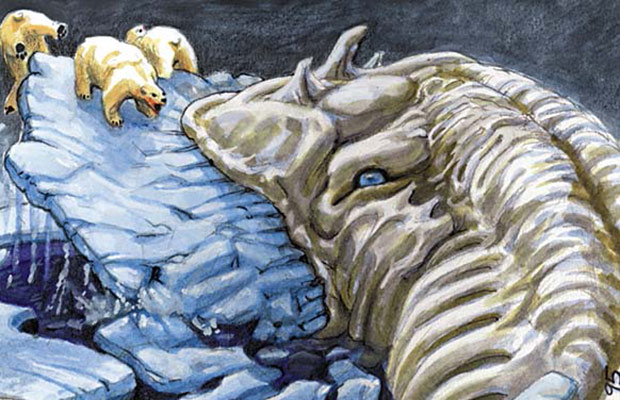 Since then there have been a handful of 11/11s printed but Polar Kraken is still my favorite.

So what kills a Polar Kraken? One such thing is the Eldrazi and more specifically the 12/12: Kozilek, Butcher of Truth.

The Polar Kraken required you to sacrifice lands every turn to keep him in play, which if it doesn't win you the game quick is quite the drawback. There's no such draw back for Kozilek. In fact, he's all upside. Oh how times have changed. 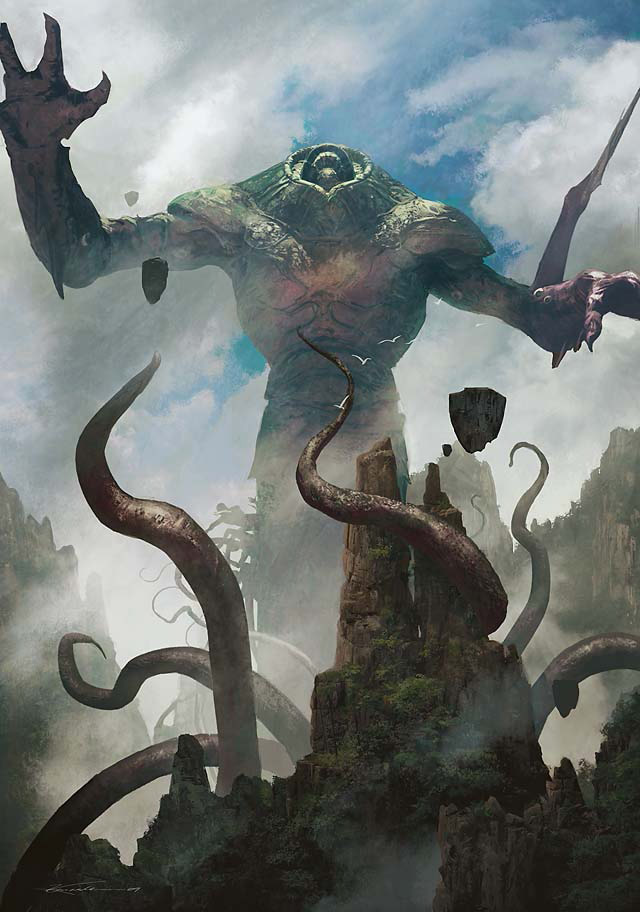 There are only four cards which come up when you search Gatherer for 13 power and two of them are the backside of double-faced cards.

Thirteen is a special number and it was fairly prevalent in the horror-trope-laden Innistrad block. I love both of these creatures for the way you get them, the Abomination hatches and Withengar Unbound is a demon blade that comes alive with blood. 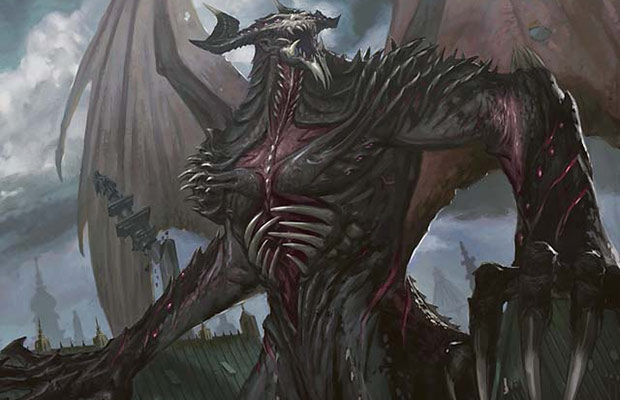 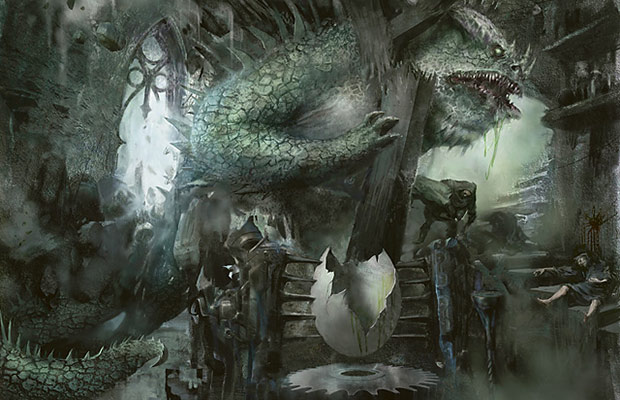