ho is that mysterious creature, and why is it flying away from us? How rude. 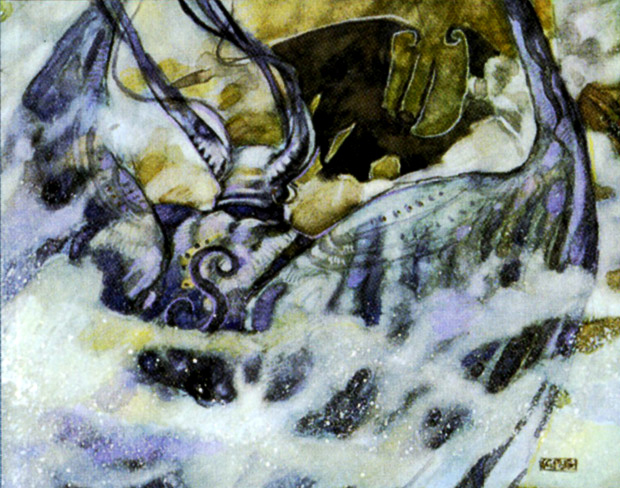 It's none other than the original Phantasm: Phantom Monster. True to its nature, it's camera shy.

Let's check the Alpha version for its face. 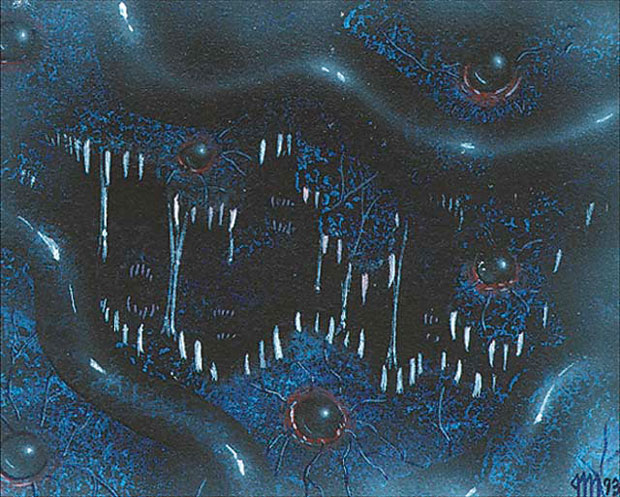 Nope. Not much of a face there. Besides, this Alpha version is by Jesper Myrfors, not Rebecca Guay. There's no art description for this in Multiverse, so I asked Rebecca to draw the front of this 3/3 flyer on the back of a Phantom Monster artist proof.* 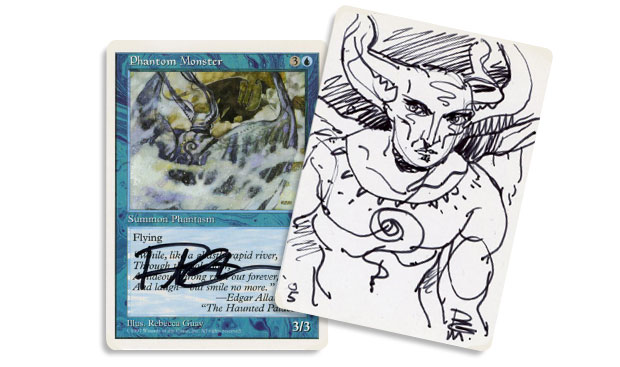 *Artist proofs are Magic cards with blank backs, given to the artist that illustrated the image on the front. These can usually be purchased from the artist at conventions and other events or by contacting them directly.

If you were playing Magic in 1997 you might have already known what the Phantom Monster's front looked like from a Duelist cover, as featured in last week's Feature Article. 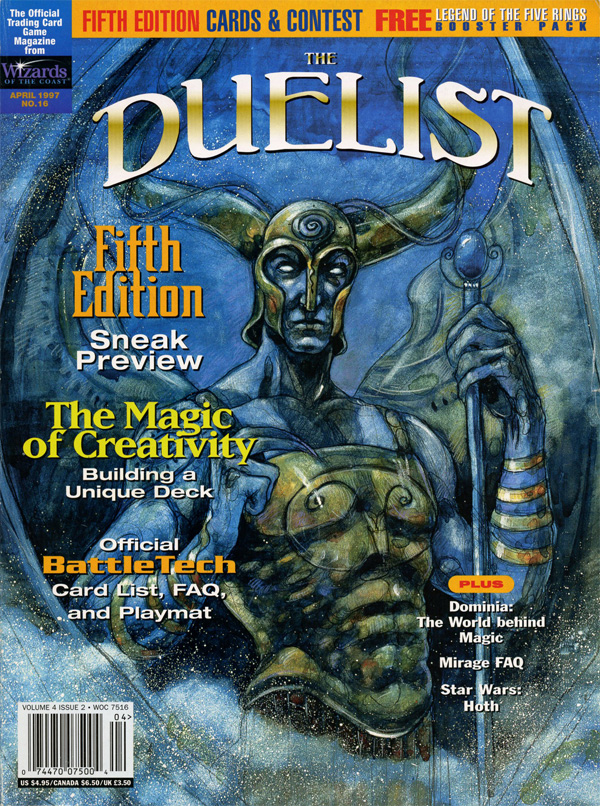 Here's an interview with Rebecca Guay from the same Duelist.

Never Any Doubt
Rebecca Guay, this month's cover artist, never wavered in her pursuit of capturing art as a dream job.

"I think I knew I wanted to do illustrations since I was five," said Guay, a 1992 graduate of the prestigious Pratt Institute in Brooklyn, New York. "My mom—Diane Russell—is an artist and I think she encouraged me the most."

Always drawn toward classical illustrations and mythological subject matter, Guay (pronounced "Gay") grew up in Ipswich, Massachusetts, one of the country's oldest colonial towns. Currently she resides in Amhearst.

"Ipswich is probably where I got my interest in colonial and mythological subjects," said the twenty-six-year-old artist, whose inspirations include N. C. Wyeth of "Rip Van Winkle" fame. "When that sort of stuff surrounds you most of your life, you can't help but develop an interest in it."

She's always had the impulse to draw illustrations for children's books, and her work has migrated more and more toward the fantasy market.

"I was aware of it [fantasy market], but I didn't know my work would fit in so well," she said. "I've done some story illustrations for a children's magazine called Cricket, and have done work for both Marvel Comics and DC Comics [she served as "Black Orchid" artist for eighteen months]. But the work I do for Wizards is my favorite."

New mystery: Including the alternative versions of Noble Steeds and Enslaved Scout, Rebecca has seven illustrations that appear in Alliances. What is (or was) the eighth?