hat an awesome week last week was. Five days of Magic from Amsterdam, the Netherlands, culminating on Sunday with the crowning of Team France as the World Magic Cup Champion, and Shahar Shenhar as the new World Champion. 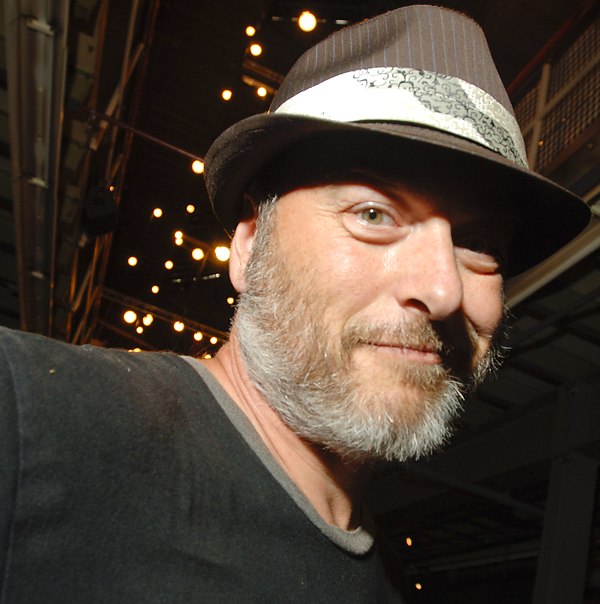 At Pro Tour events we bring in a professional photographer named Craig Gibson (pictured to the right). He's been working with us for several years now and I wanted to take today's Arcana as a chance to highlight some of his awesome photos. 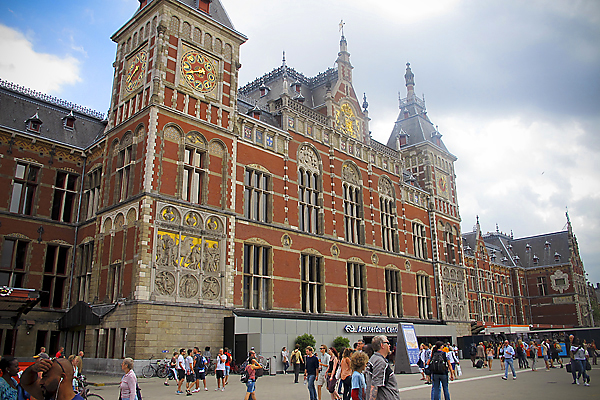 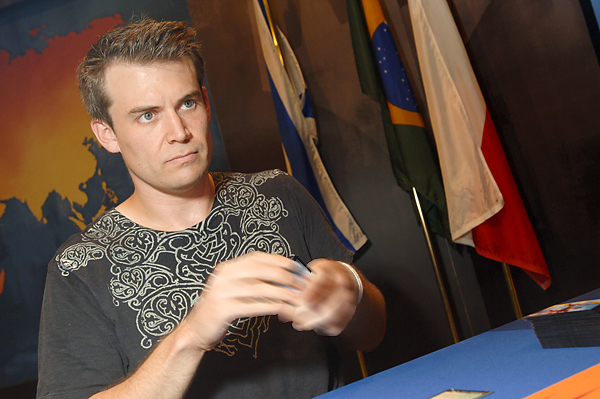 Sometimes Craig adds subtle effects to his photos, such as this look at Brian Kibler with slightly blurred hands to show his constant card shuffling. 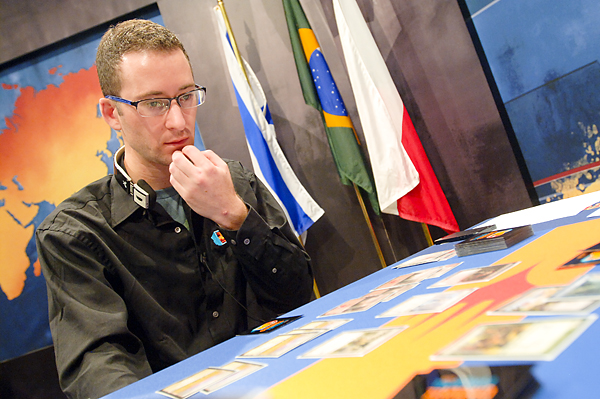 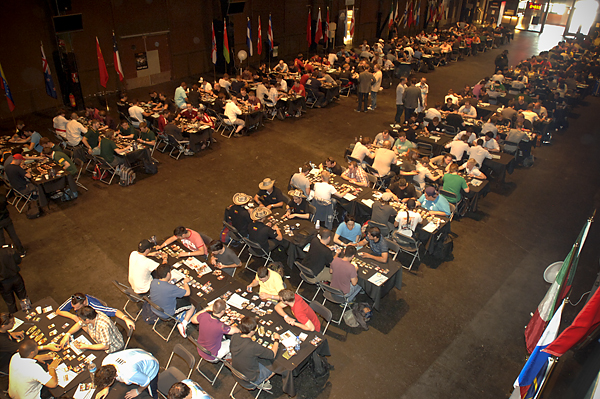 He scouts out good spots for photos that give unique perspectives, such as this top-down look at the World Magic Cup competition. 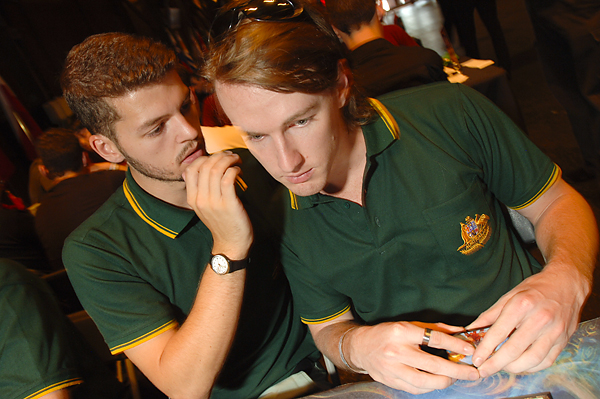 He also captures the moments between players, such as here where two members of the Australian team confer strategy during their match.

And then also here's an awesome look at the staff that worked on these events and made these five days of Magic happen.

And not to be missed, here are our two teams of judge staff. 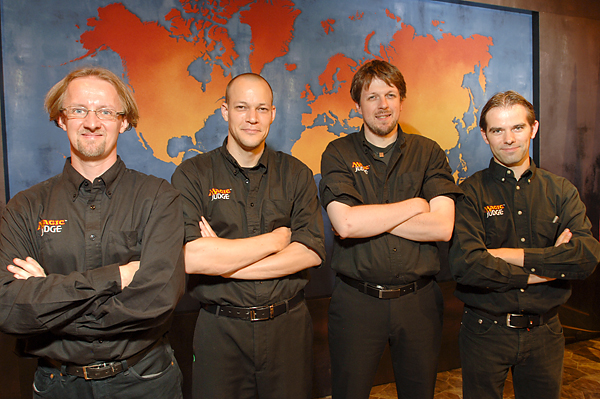 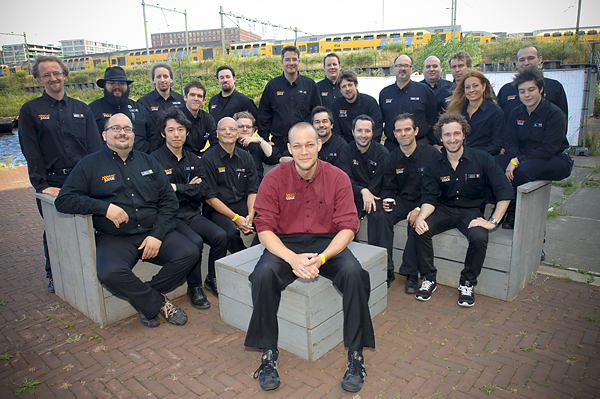