alloween is a little over a month away, which means it's time to start thinking about your costume. Are you thinking about it? Good! Because this is another in our series of Arcanas featuring people in Magic-inspired costumes. We've shown Wizards employees (from 1995 or so) and fans (at PAX 2008), and now it's time to check out the state of Magic costume design!

At the Magic party at PAX 2009, we had people roaming the crowd in Planeswalker costumes. But they weren't just any costumes, because they had helpful fold-down chest panels to allow the people in the costumes to give Magic demos while maintaining their strict roaming schedule. Check it out! 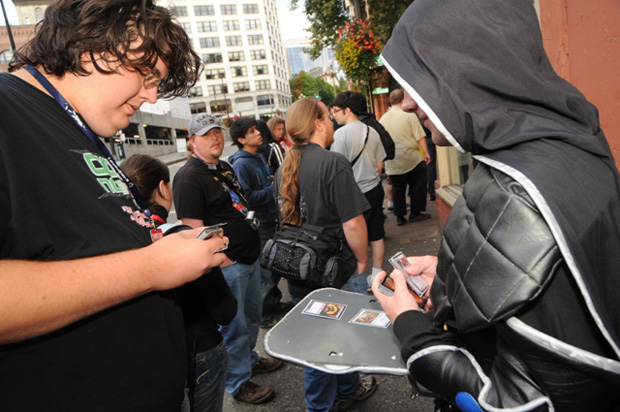 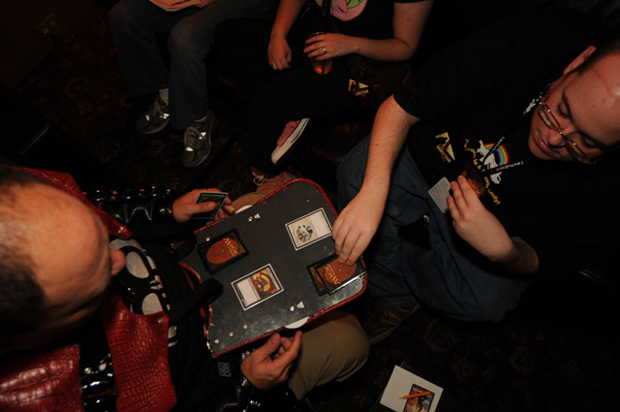 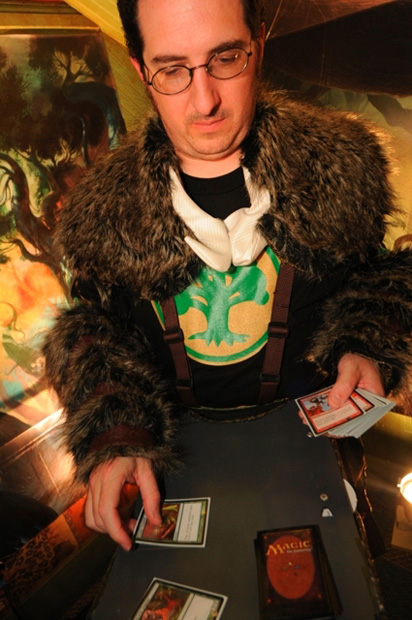