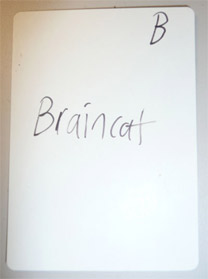 Other times, they're the coded stickers used for Limited playtests, lovingly applied by R&D interns: 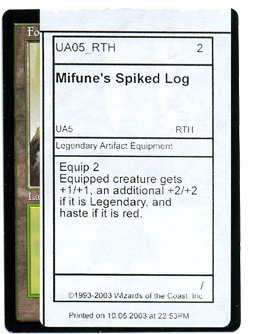 But those cards are for sets that haven't been printed yet. The developers who worked on the four Planechase decks were working mostly with existing cards. They used playtest stickers for the planes, on different cardstock to prevent confusion. They cobbled together the 60-card decks out of cards from the R&D vault, leftover playtest cards from recent sets, and brand new, FFL-style playtest cards. 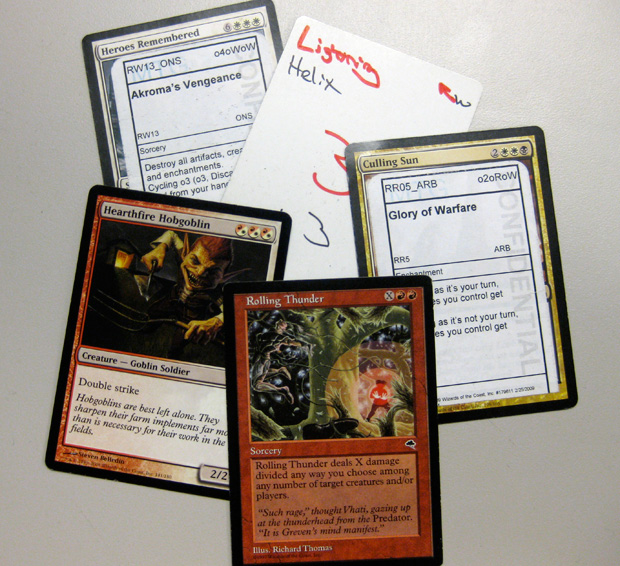 Let's see ... That's two real cards (one of which is really old), a handmade playtest card, a real leftover from the recent Alara Reborn development process, and what could very well be an original Onslaught playtest sticker for Akroma's Vengeance—except that it's on a Time Spiral card.

Developer Dave Guskin went above and beyond, not only writing out nearly complete text on his playtest cards—almost unheard of—but also furnishing them with illustrations: 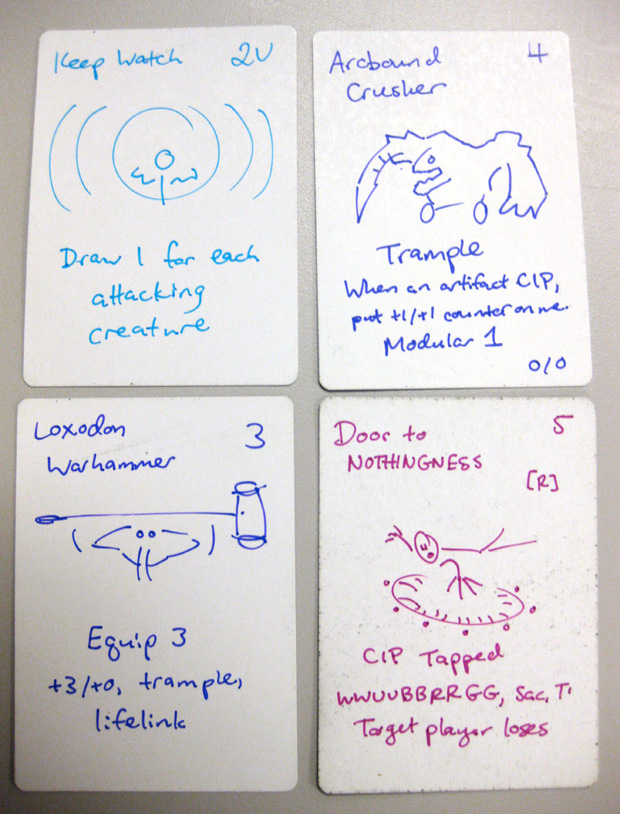