The Top 8 at Pro Tour - Yokahama (Onslaught-Legions booster draft) was the most diverse Sunday in Pro Tour history, with representatives from North America, South America, Europe, Asia and Australia. The crowd was firmly behind its native sons: Tsuyoshi Ikeda, the seasoned veteran, and Masashi Ooiso, the leader of the Rookie of the Year race. They met in the semifinals after besting Ben Seck and Jose Barbero respectively, and Ooiso emerged victorious.

In the other bracket, all eyes were on the resurgent Jon Finkel. All weekend he'd played like the Finkel of old, and after he bested Ben Caumes of France, spectators had him picked to win the whole thing. They didn't count on Mattias Jorstedt, however. The young man from Sweden went through Canada's Richard Hoaen in four games, and then swept both Finkel and Ooiso to take the championship, and $30,000.

The victory puts a cap on a great season for Jorstedt, who made Top 8 at both Houston and Venice. With those two Sunday finishes and a Pro Tour victory, Jorstedt is now eleven points behind Kai Budde in the Pro Tour Player of the Year race. Without a doubt, Jorstedt is the breakout player of this season, and will have the attention of the Magic community focused on him at Worlds. 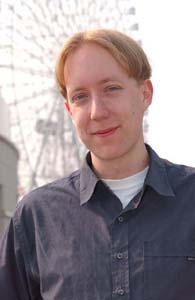 Read the full event coverage from the Sideboard Online here.