rapping up our informal Arcana series of sneak peeks from the Ravnica style guide, we peer today at the Boros Legion.

The Boros guild combines white's community devotion (and occasional autocratic over-zealotry) with red's emotional fervor (and occasional blind rage) -- a potent and potentially scary combination, especially given the fact that the Legion holds the position of law enforcement in Ravnica. It is a guild about combat, more than all others -- but combat to defend and preserve the higher law spoken down from its archangel guild-leader, Razia, Boros Archangel.

The look and feel of Boros stems from its militaristic nature -- its creatures are heavily armored from head to toe, yet decorated in sun-symbols, reflecting the guild's power structure and devotion to the angel at the top. Here are concept sketches from the Ravnica style guide for a Boros paladin and foot soldier. 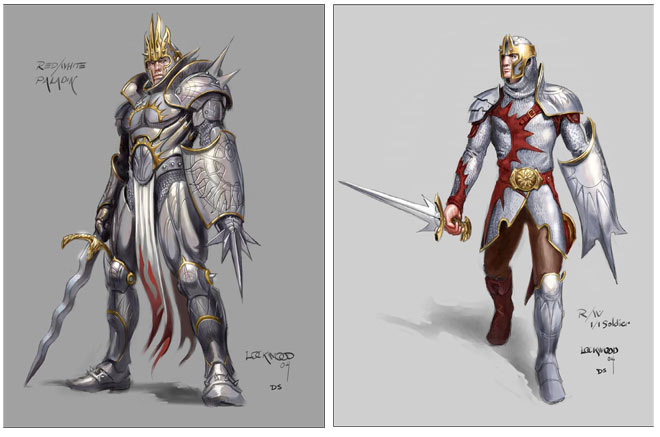 Boros doesn't just employ humans and fighter-types, however. Its military order applies equally to its wizards and clerics, and more exotic beasts such as its order-following (but still combat-feral) giants, minotaurs and rocs. 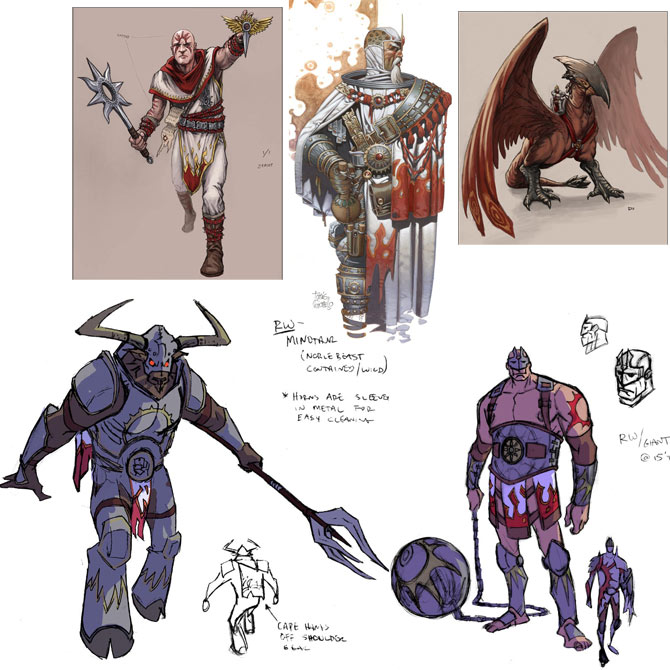 The guild-leader, Razia, Boros Angel, is also depicted in the style guide in this Tomas Giorello sketch. 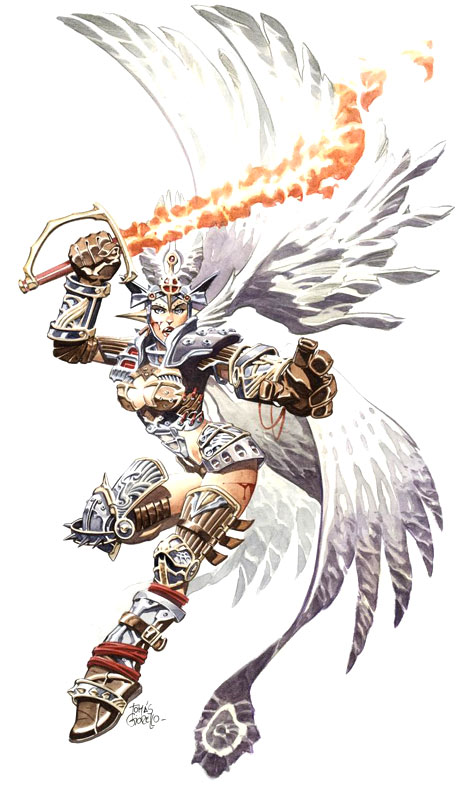