t's time to look at more playtest cards! This will be a lot like the last time we did it, except with different cards. Because it would be weird to do the same cards again, wouldn't it? 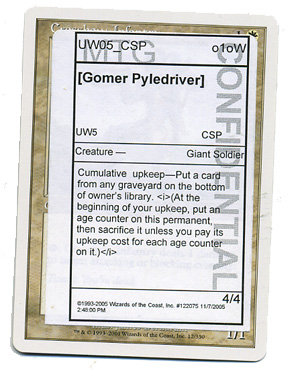 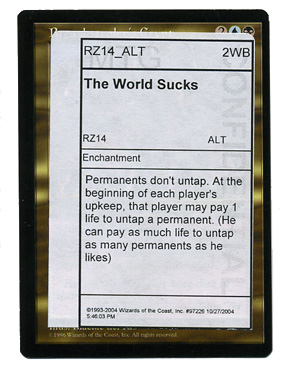 That card is accurately named. That world does suck. 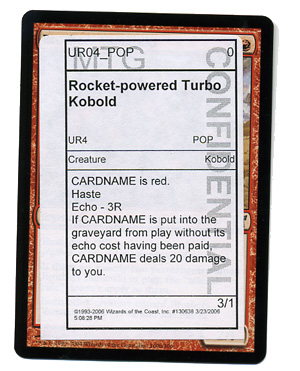 This appears to be an attempt to translate Rocket-Powered Turbo Slug into regular Magic without using "super haste" on the card. Although "CARDNAME deals 20 damage to you" sounds nicer than the language used for Pacts, it does have the drawback that if the Kobold dies before its controller's next upkeep, it deals the 20 damage right away. The Pacts were probably a better angle. 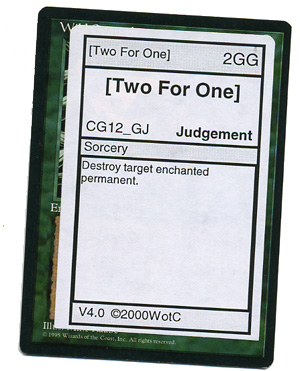 This is a straightforward card, but for some reason the only thing I can see on it is the extra "e" in the name of the set. It should be Judgment. The card ended up as Venomous Vines. 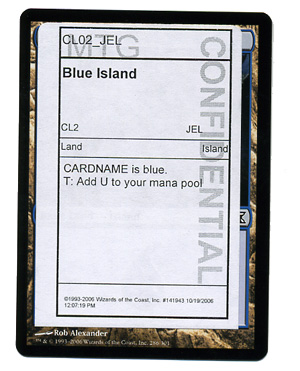 This card didn't show up in Shadowmoor, although the concept of non-basic lands with the basic land types did. So this was probably a predecessor of Moonring Island. 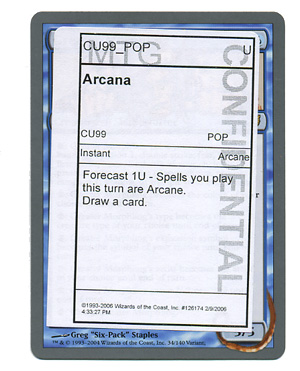 Okay, there's nothing that interesting about this one. But it's called "Arcana," so it seems obligatory to include it here.