henever a new set releases I spend a lot of time looking at the cards. I mean, a lot. So when I have something pointed out to me about the art on cards I get legitimately excited. In this case, let's look at the Returned Phalanx.

Action: A “Returned” is a creature who has escaped the Underworld and returned to the world of the living. Show us a group of 3 to 5 humans with their faces hidden behind gold masks. Parts of their bodies have been magically fused together in a macabre wall of living flesh. But their arms are free and they are very much alive. Be inspired by Greek statues when you design them. Their poses can be stylized and dramatic.
Focus: The wall of masked humans
Mood: Like the unwilling chorus in a Greek Tragedy

Did you read that? "Parts of their bodies have been magically fused together!" What!? How did I miss this when I looked at the card? And how much do you love the line for the card's mood!? Kudos to you creative team, kudos to you. 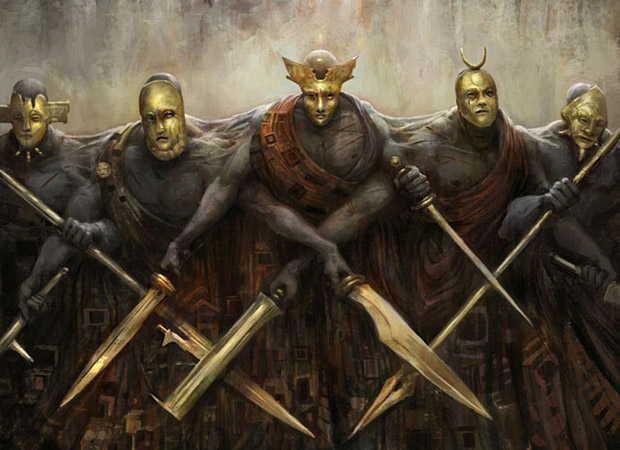