Rise of the Eldrazi Intro Packs

ise of the Eldrazi previews start in just a few weeks. So before the preview season begins in earnest on March 29, we should probably get to showing off some of the action. Like the intro packs. 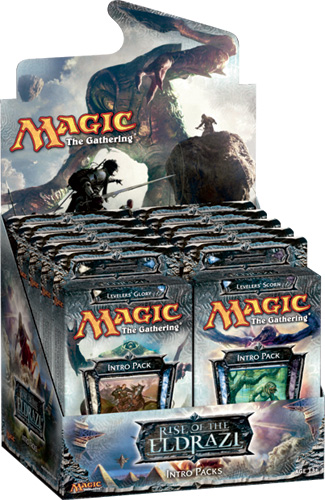 Those look nice. But they're kind of small. Let's zoom in, shall we? 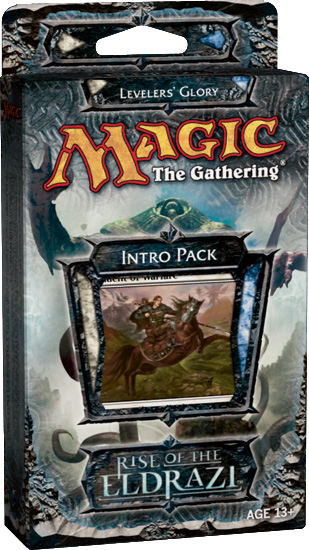 This one is "Levelers' Glory," and it's white-blue. The name of the rare is about half-visible, and we'd feel like jerks if we didn't tell you what it was. Of course, we feel like jerks a lot of the time anyway. But here: it's Student of Warfare. You're welcome. 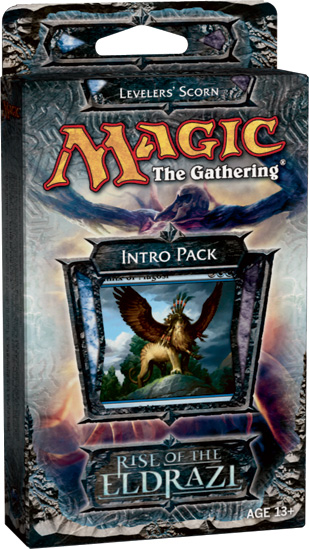 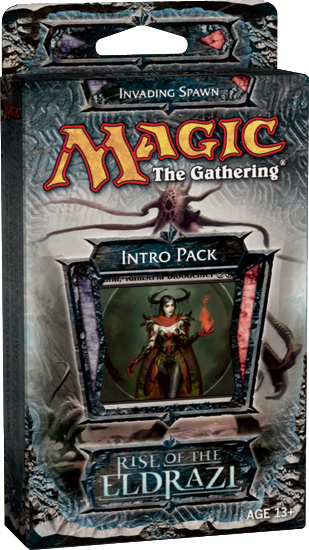 Look out! Invading Spawn! Black-red! Grar! And the mysterious Drana, Kalastria Bloodchief dares us to enter the pack. But we can't, because we have two more intro packs to get through. 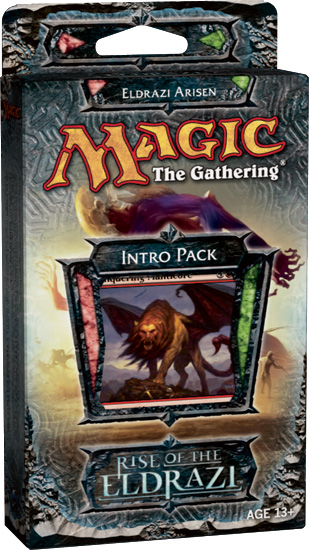 Ah! Well, what could be more appropriate for Rise of the Eldrazi than an intro pack called "Eldrazi Arisen"? Nothing, that's what! And it's got a Conquering Manticore, whatever that is! 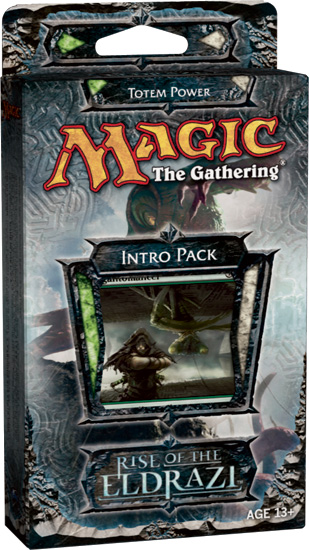