Thermopod is a snow creature, but it super-heats its underside to glide over the ice. Surging Flame depicts an orc shaman surrounded by snow and freezing rain, yet he summons a gout of spiraling flame on his enemies. There is definitely a tension between hot and cold in Coldsnap-era Terisiare, with Heidar and his Rimewind wizards at the center of it.

“There are deep, deep places in this world that have long burned hot with little regard for the whitening of the earth's thin skin." —Sek'Kuar, Deathkeeper
(Deepfire Elemental)

Braid of Fire depicts a shaman so focused on his meditation that he has melted the snow around him. 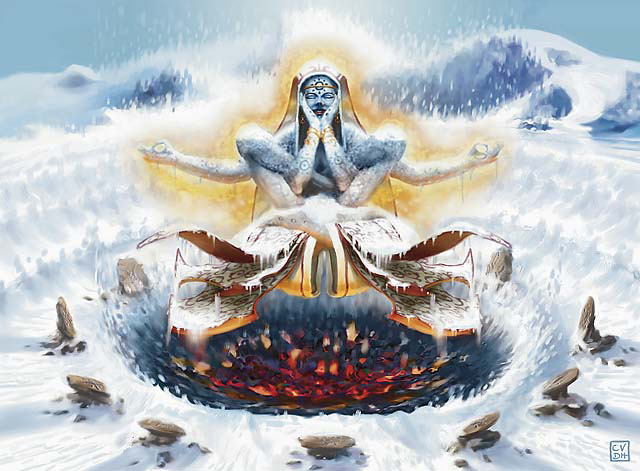 Thermal Flux shows a rocky outcropping draped in a chilly shawl of snow, but also thawing from the sun's heat. (Hi, Cantrip Week!) 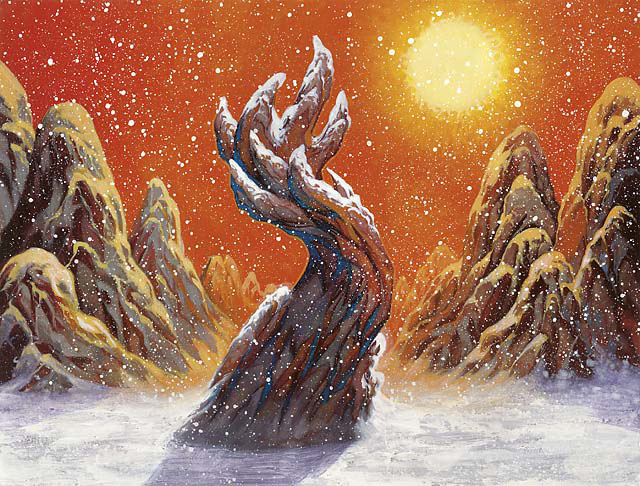 There's quite the thermal jumble going on in the art of Counterbalance, in which a spell has annihiliated with its illusionary counterpart, sort of like a matter-antimatter reaction. 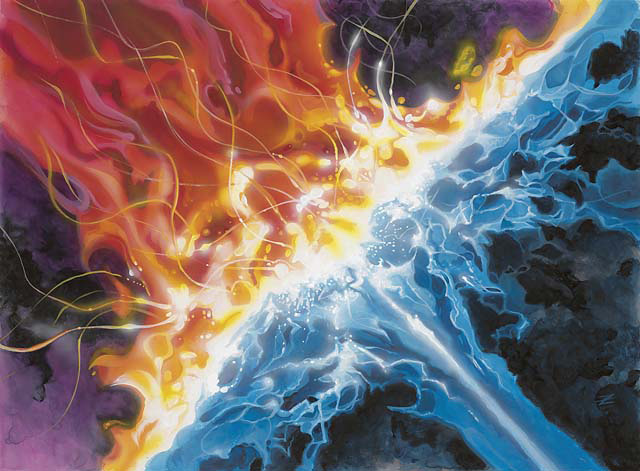 Deep beneath the ice, beneath the soil and the rock, Dominaria's fire still burned hot.
(Rite of Flame)