The Saga of Snapcaster Mage

t took a lot of work for Snapcaster Mage to exist. Let's go back to the beginning.

The Magic Invitational started life as the Duelist Invitational, but when Duelist Magazine stopped existing, the name got changed. It was a sixteen-person tournament with the unique prize of getting to design a Magic card. And the winner would then get depicted in the art! Here's the list of winners:

Actually, though, that wasn't Tiago's original submission. This was his first request:

to your mana pool.

R&D tried this card out, but they decided that a land that could also be an uncounterable counterspell was too strong to print. So they asked Tiago for another version. And that turned into Snapcaster Mage!

So much for the text on the card. Let's move on to the art! Here's the art description that was given to Volkan Baga:

Color: Blue creature
Action: Start with the reference. Design a bad-ass human mage based on the reference. He is wearing a metal arm enhancement with glass tubing that contains ghost energy. We can see the ghosts swirling around inside the glass. The mage should look smart and powerful.
Focus: The mage
Mood: Powerful, smart, dangerous

Volkan decided to sketch in his own face for the early stages of the piece. Here's the first version: 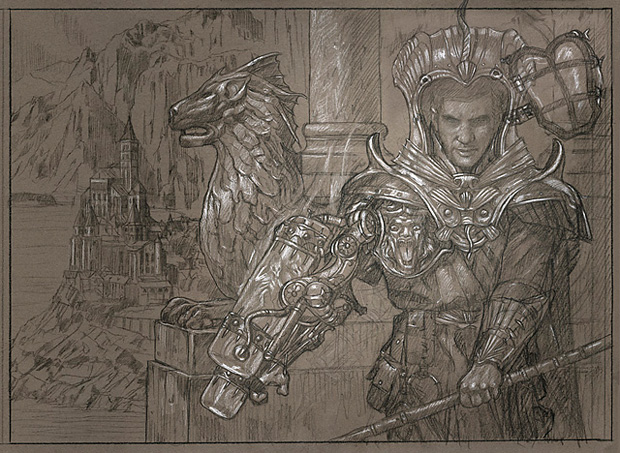 The creative team decided the helmet was distracting and asked Volkan to remove it. He did so and made a variety of other little changes you can find for yourself: 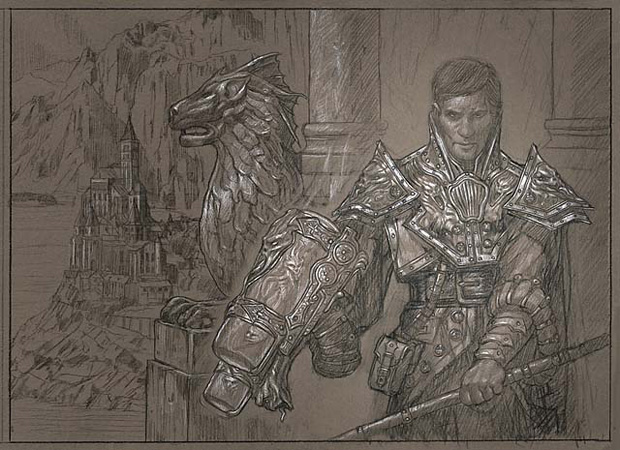 By this time, Tiago had provided a few headshots of himself and Volkan finished the piece up with Tiago's face. 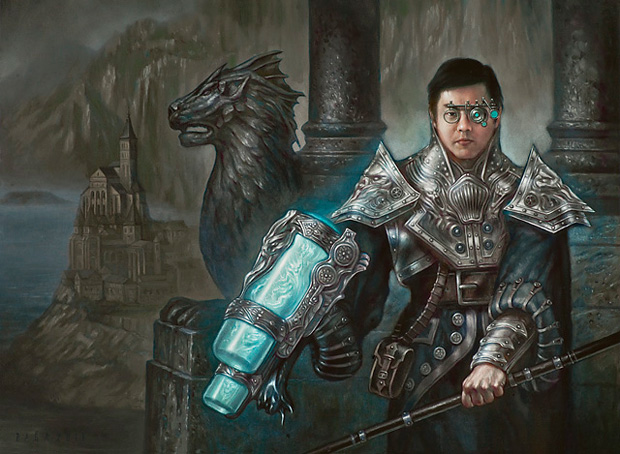 And here's the final card as it appears in Innistrad booster packs. Tiago Chan, everybody!