t's time for another round of sketches! And this time, it's Sketch Quickies, which basically means that a handful of Scars of Mirrodin cards (from the Visual Spoiler) get shown at once. Right now, in fact!

Just mouse over each sketch to see the final version. 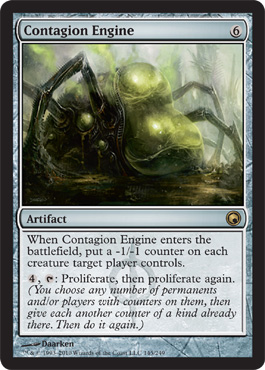 Color: Artifact
Location: Mephidross clearing
Action: Show us a giant version of Contagion Clasp clamped to the ground like a huge, inanimate tick. Its plague sac is bloated and distended, and deadly green-yellow gas seeps out where the huge sac meets the framework of the "device."
Focus: the plague-globule
Mood: It could pop like a huge, deadly boil at any moment. 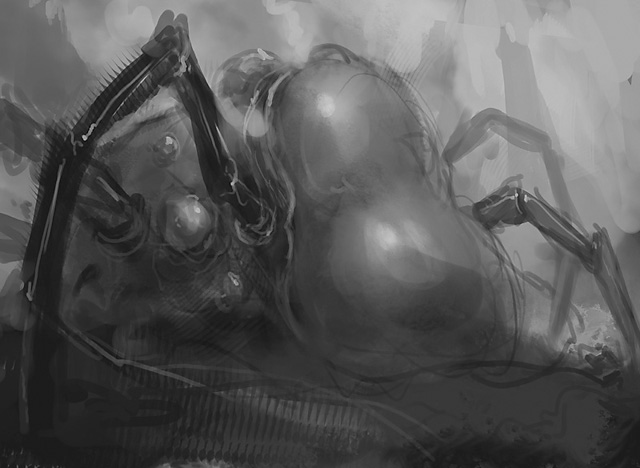 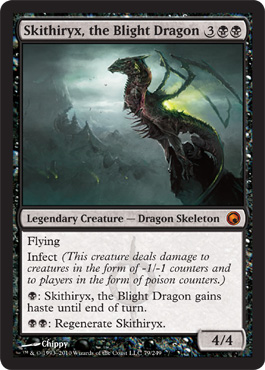 Color: Black creature
Location: Sky around Vault of Whispers
Action: Show Skithiryx, once a fierce furnace dragon, now a skeletal, undead Phyrexian abomination. Start with Furnace Dragon, then design what it would look like as a skeleton, with green necrogen coming from its "afterburners" instead of red mana. The skeleton has thread of sinew still attached to it as well as ominous pipes and tubes to show its "phyrexianization."
Focus: the skeletal dragon
Mood: Badass, terrifying, an apt guardian for the center of black mana 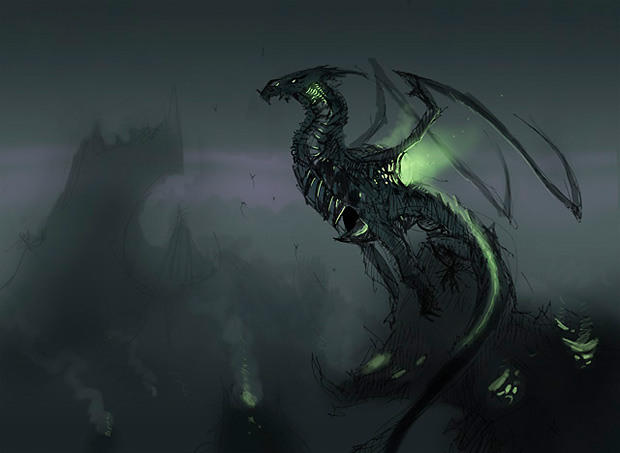 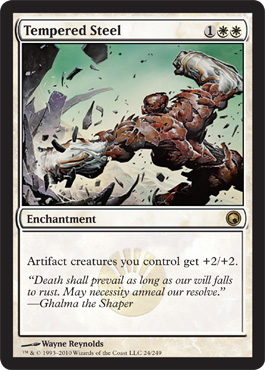 Color: White spell
Action: Closeup of a large golem driving its fist into a gunmetal-like surface. The golem looks ancient and rusted, but its fist and forearm shine like indestructible chrome edged with gold, and the surface it's hitting buckles and splits. (If its other hand and arm are shown, they're the same.)
Focus: the golem's mighty blow
Mood: Better than new ... at least parts of it. 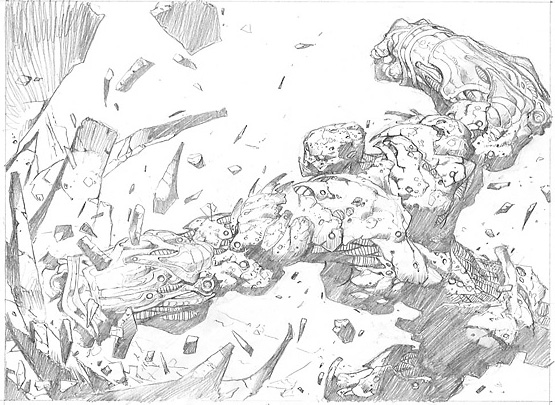 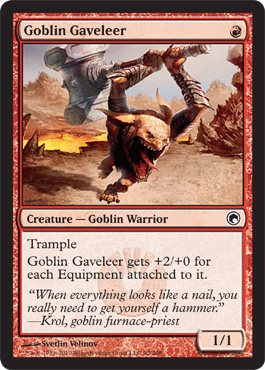 Color: Red creature
Location: Oxidda
Action: A goblin charges the viewer with a metal warhammer that's as big as he is!
Focus: the goblin
Mood: How can he even pick that thing up? 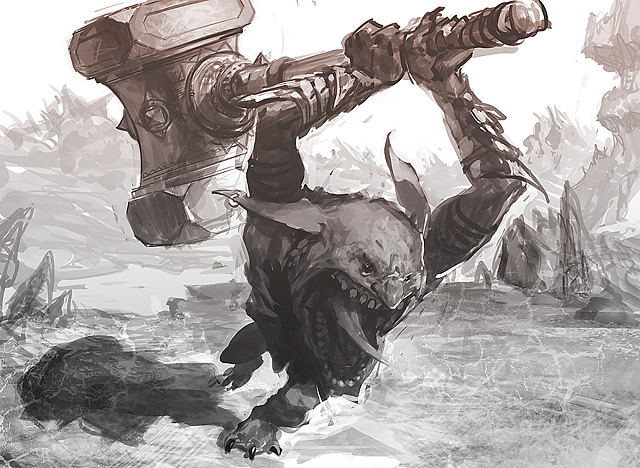