hey say that you can get a pretty good feel for a Magic set by looking at its tokens. Well, nobody says that right now, but there's a chance they might start. After all, when you see a pair of tokens like this...

...doesn't it make you picture a card like this? 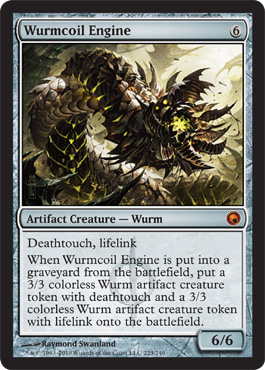 Okay, that was kind of a gimme. But let's look at the other tokens of Scars of Mirrodin and see what they tell us about the set. 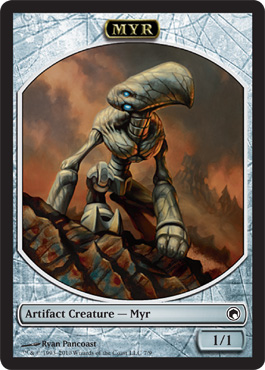 Myr tokens? That brings to mind the Myr Battlesphere! 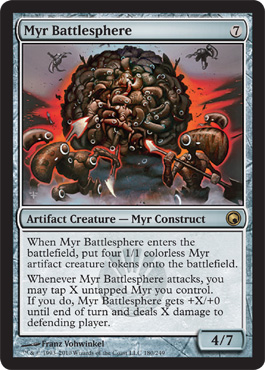 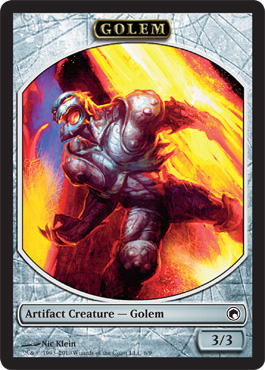 Ah! That looks like a golem that gets created by the Precursor Golem, which just appeared on the Visual Spoiler yesterday! 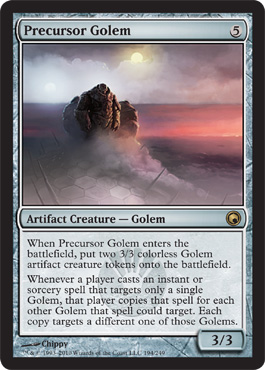 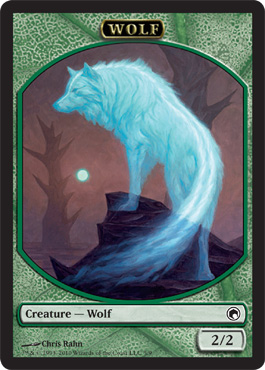 This wolf, of course, is the product of the Sword of Body and Mind. 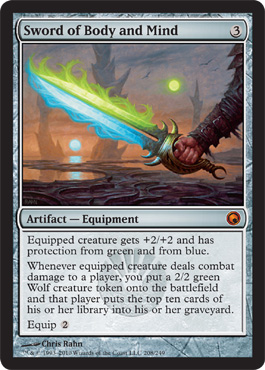 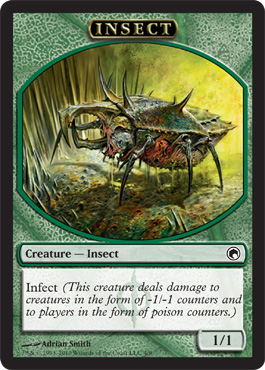 A 1/1 Insect with infect? Hey, that rhymes! And it suggests that maybe someone's been using a Trigon of Infestation around here. 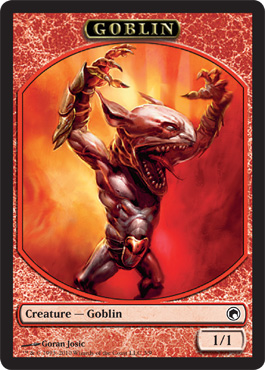 Where did this Goblin come from? Well, that will have to remain a mystery for now. 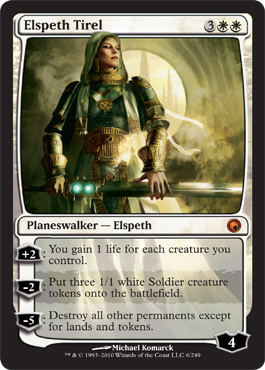 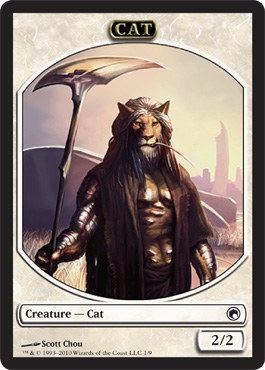 And our last creature token is a mighty Cat, spawned, presumably, by Kemba, Kha Regent. 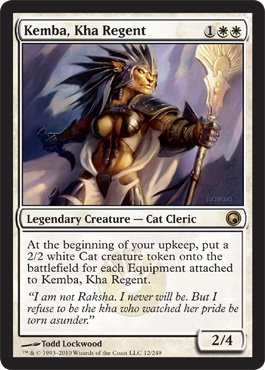 There's one more interesting one, but it's not a token card. And no, it's not an emblem either. It's a counter card. 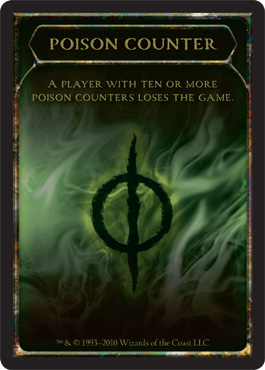