Chaos is a journey through the alternate past. Seal of Primordium, for example, in effect adds a sixth card to the Nemesis cycle of seals. Like much of Planar Chaos, it represents a slightly distorted perspective of the color wheel, yet makes sense in the flavor of its new color as well. In this case, the precedent is clear—Planar Chaos's Seal of Primordium, a "Seal of Naturalize" is a logical companion to the Nemesis Seal of Cleansing, a "Seal of Disenchant."

Christopher Moeller illustrated the original five seals, and was asked to return to paint Seal of Primordium in the same style, as if the card were literally ripped out of the time-stream from an alternate Nemesis. This alternate Nemesis seems recognizable, yet slightly different through the hazy mirror of time. It makes you wonder what the other four alternate seals might have been... 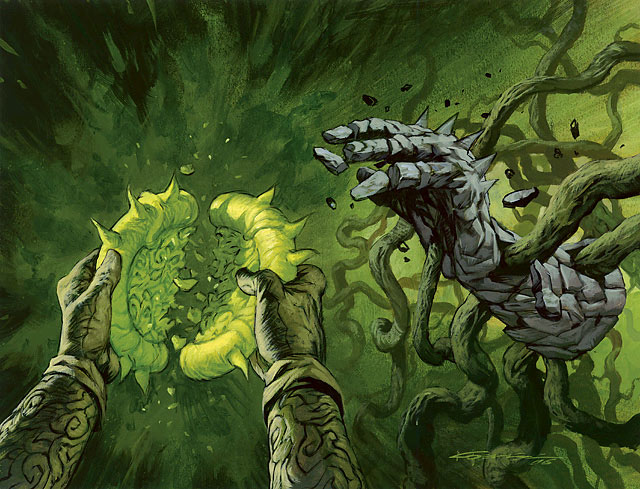