time to take another look at the Shadowmoor Style Guide. This time, we're going to learn about how the basic lands were concepted. It'll be fun!

The Style Guide instructs that Shadowmoor's forests have "dead-looking, leafless, deciduous trees. Curly, creepy branches and distorted trunks." and goes on to add:

Whereas Lorwyn was defined by its greenness, especially its forests, Shadowmoor is practically devoid of green. Shadowmoor's forests are all variations on the "haunted woods" of your imagination—twisted trunks, branches that curl and seem to reach out for you. The forests are home to the elves and, of course, the treefolk, as well as marauding goblins. 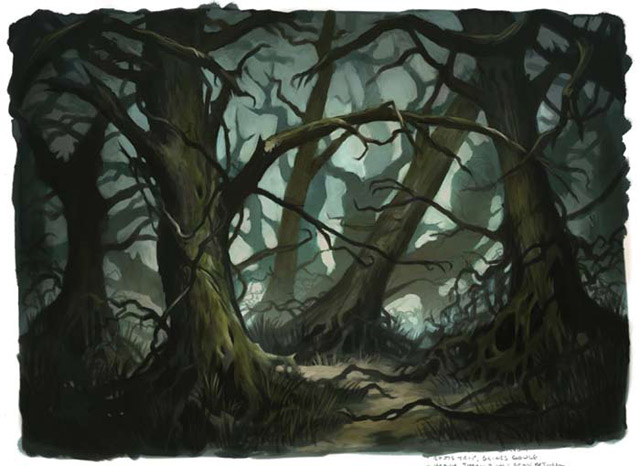 In addition to being "fields of tall grasses, gold, beige, and grey. Brittle and prickly," Shadowmoor Plains are described like this:

Lorwyn’s "plains" were meadows and fields of clover or timothy, lush and green. Shadowmoor's plains are fields of tall, dry grasses and grains. These fields’ grasses are tall enough to conceal unknown dangers, and their nettles and barbs are enough to deter most who try to move through them. The plains are home to the kithkin, and some elves live at their edges. 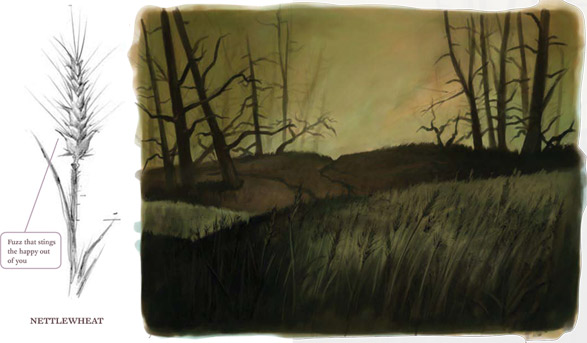 Like Lorwyn, Shadowmoor has no oceans, but it does have flooded areas and still lakes large enough to be called seas. There are a wide variety of waterways and bodies of water on this world, from murky creeks to algae-choked ponds to sizeable rivers The merrows, Shadowmoor’s merfolk, are the tyrants of the waters. Kithkin live along the banks of waterways, constantly trying to stave off merrow scavengers. 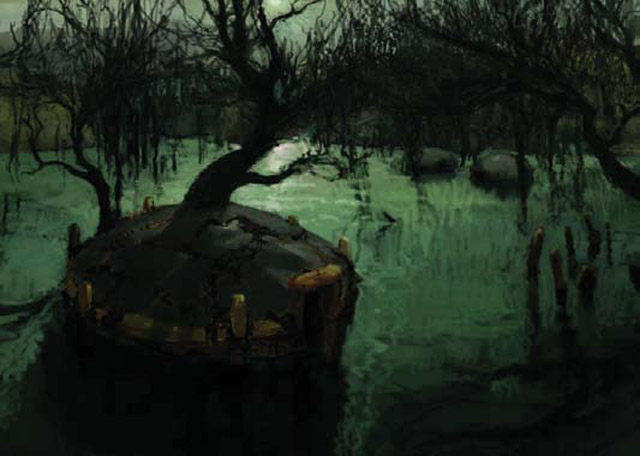 Swamps on Shadowmoor are peat bogs and mossy fens full of decay and desolation. The air is still in these places, and untold horrors lurk in the muck. Merrows, the vicious merfolk of Shadowmoor, skulk through swamp waters looking for prey and treasures. The violent boggarts use the swamps as bases from which to raid nearby settlements. 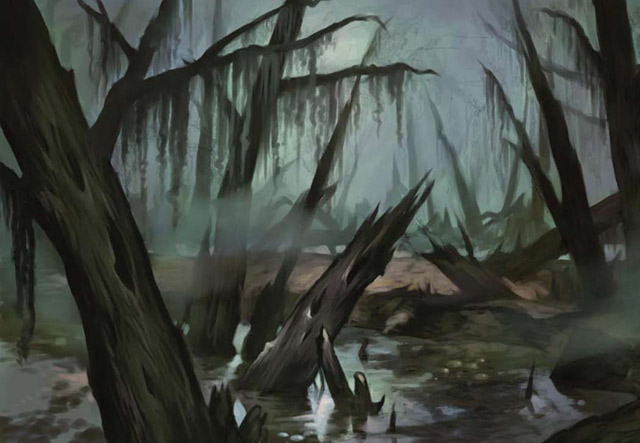 The Mountains of Shadowmoor are composed of "Jagged, sharp rock formations within forests or at their edge. Precariously balanced cairns of stone shards."

Jagged rock crags, dangerous caves, and strange, threatened cairns are the closest thing to "mountains" on Shadowmoor. These rock formations are often found within other kinds of terrain, such as deep within a swamp or forest. Goblins and giants use the caves and crags as squats. Those found in swamps are often occupied by Cinders. 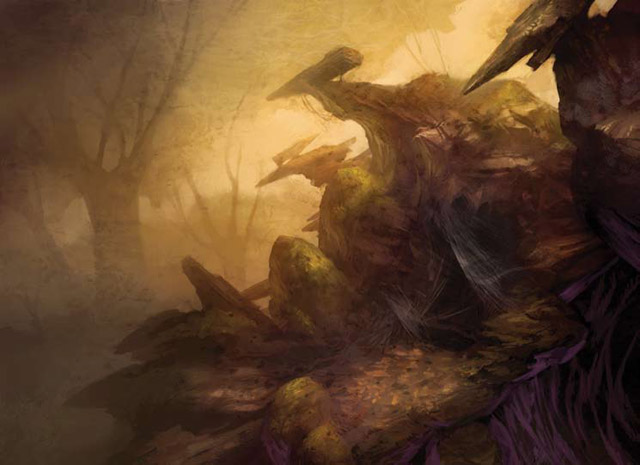