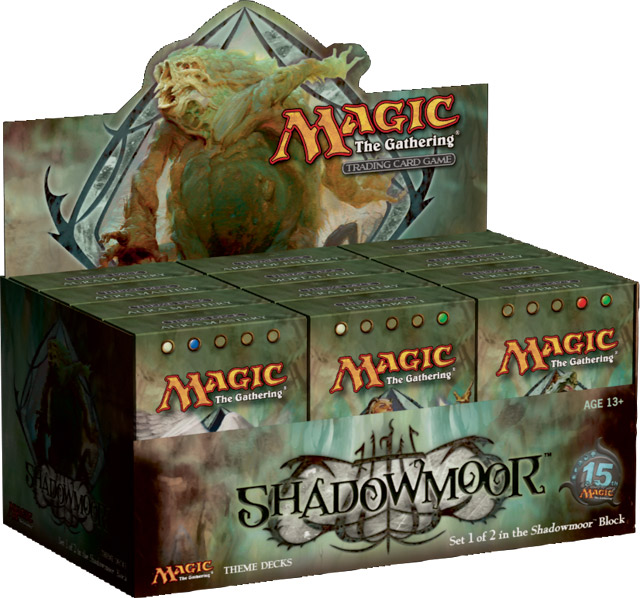 That's a handsome box, isn't it? (Hint: the answer we're looking for here is "Yes! I think that is a handsome box!") But let's take a look at the contents: 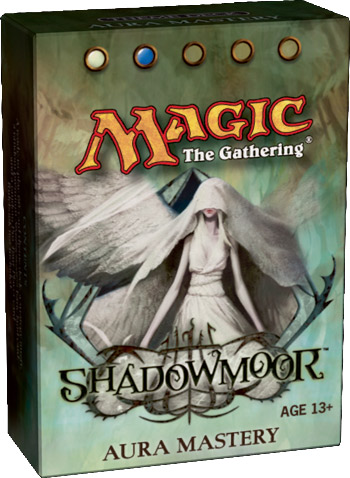 Unleash the power of enchantments. Buff up your creatures, put the whammy on your opponent's, and then snap your fingers to scramble Auras around at your whim. Your enemies will grudgingly applaud even as their plans are ruined. 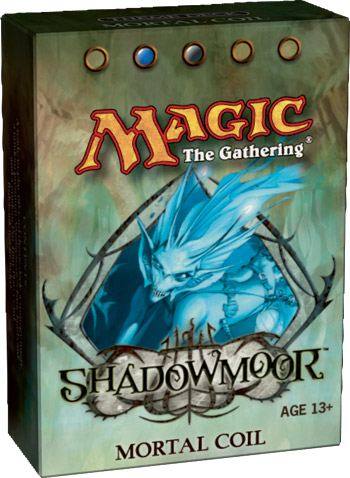 Mortality is annoying, but these creatures don't mind. The persist mechanic allows them to laugh in the face of death, or even benefit from dying. You'll weave combos and frustrate your opponent as your minions repeatedly jump back to play. 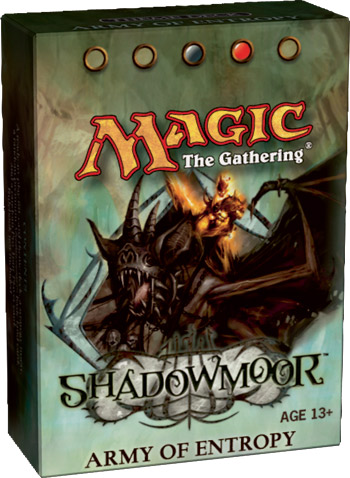 Things wither and die. That's a fact of life, especially in Shadowmoor. But don't stop that entropic cycle of nature—accelerate it! Tear down defenses and leave permanent scars in your foe’s life total. Your smoldering warriors will own an empty board. 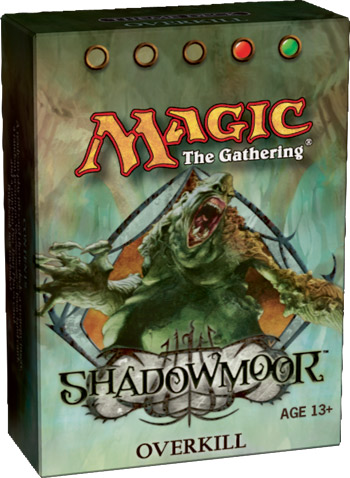 Go for the big finish. Buy time with an innocuous army while you build to a game-winning mystic explosion. Demolish the board with a cataclysmic spell that will set records every time you play the deck. Mages are measured by the spells they wield, so why not wield the biggest ones? 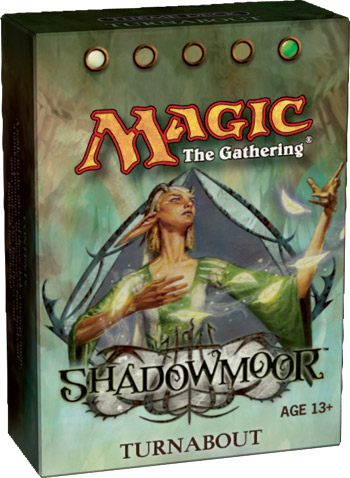 They'll never see it coming. Your tricky creatures can untap at a whim to create combat superiority or machine-gun combos. Use their untap abilities repeatedly to build up immense creatures or swarms of tokens—and leave your opponents wondering what hit them.