has a theme of shapeshifting in Planar Chaos, as you can see from cards like Erratic Mutation, Aquamorph Entity, and Pongify. Another example is Shaper Parasite. Although it’s actually an Illusion, its power/toughness-modifying abilities are often used to “shapeshift” a creature right into the graveyard.

Like many blue morph creatures, the art of Shaper Parasite depicts a bizarre creature bursting from its spiderlike morph shell. You may not have noticed, however, that the body of Shaper Parasite is actually composed of morph crawler legs. Near its head, the legs become clawlike appendages. Creepy! 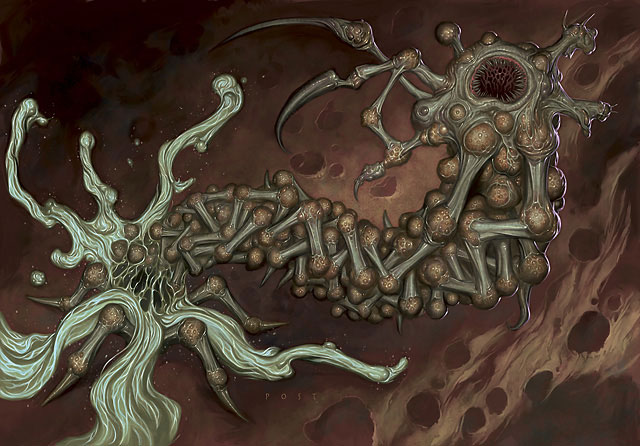