Sketches of all things Venser

, for those who've been following the Time Spiral Block novel storyline, entered our story as a promising young artificer from gloomy, apocalypse-blasted Urborg. Venser's Sliver, a card from Time Spiral, shows off his artifact-construction talents. 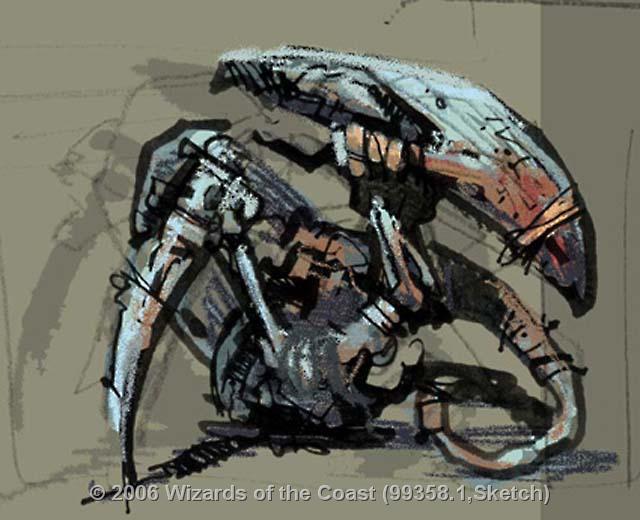 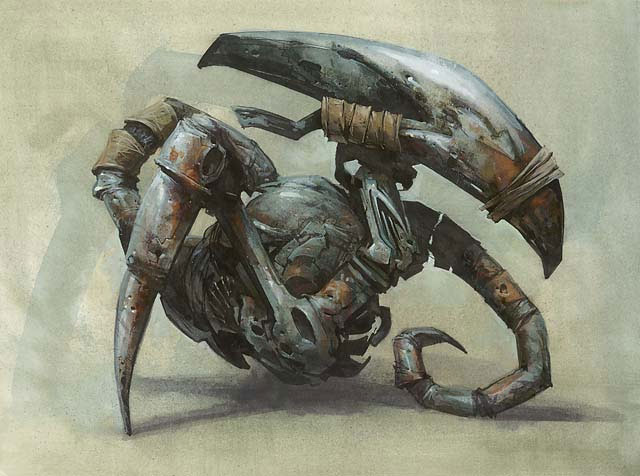 Smart and resourceful, Venser found himself a place traveling alongside the former planeswalker Teferi and the ageless artificer Jhoira. Gradually, Venser came into his own not only as an artificer, but as a master of teleportation magic. Today's showcases a new Future Sight look at this up-and-coming mage, now a powerful card in his own right. 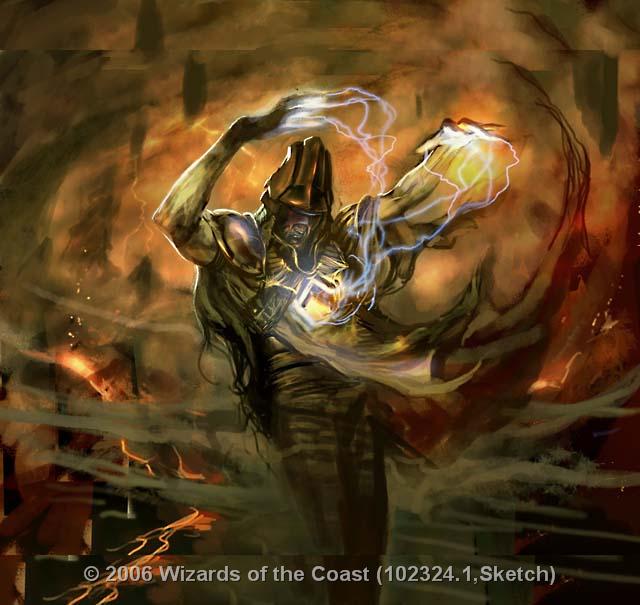 Although this sketch does have the proper look for a blue-aligned wizard in Time Spiral Block, the creative team wanted to see more personality for this central character, and more of a sense of Venser's teleportation powers. Venser has the power to appear out of nowhere, warp through rifts in space, and pull other people and objects through the planar mist along with him—he should look formidable! 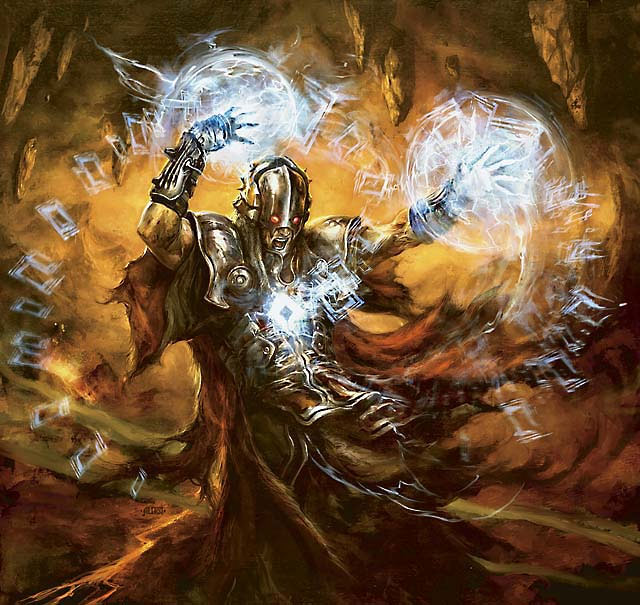 Now you can see a lot more of Venser's spirit—and raw power—coming through.

Another Future Sight card, illustrated by Hideaki Takamura, is also tied to Venser. You'll have to see how at the prerelease. Keep an eye on magicthegathering.com to see Venser's story develop. 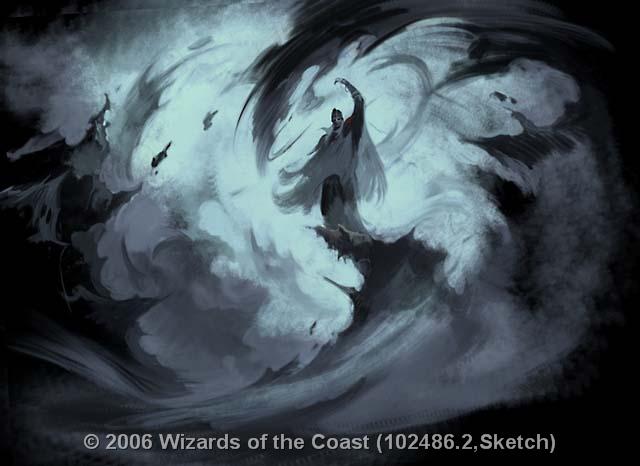