elcome back to another edition of Sketches! Today we're looking at a card from Innistrad that changed a bit as it worked its way through the art process: Greg Staples's Instigator Gang.

The first step of the creation of a card's art is its art description. The art description tells the artist what the card will do, what its flavor is, and what the mood of the illustration should be. Here's what Greg was given for the card:

Location: Near docks at night in a Nephalia port town. There is no moon in the sky.

Action: Show a male brawler in the foreground of the picture. He's near the docks at night. He's wearing iron knuckles and glaring at the camera. He's missing one of his front teeth. He's got a muscular physique with strong shoulders from doing physical labor. His hair should be a distinctive color, maybe reddish-brown. Maybe we can see some fishing nets and cargo crates. Indistinct in the background are three other dockworkers who are coming to fight him.

Mood: I'm going to pound you to smithereens.

At this point, the card's placeholder name was "Street Fighter." Here's Greg's first pass at a sketch: 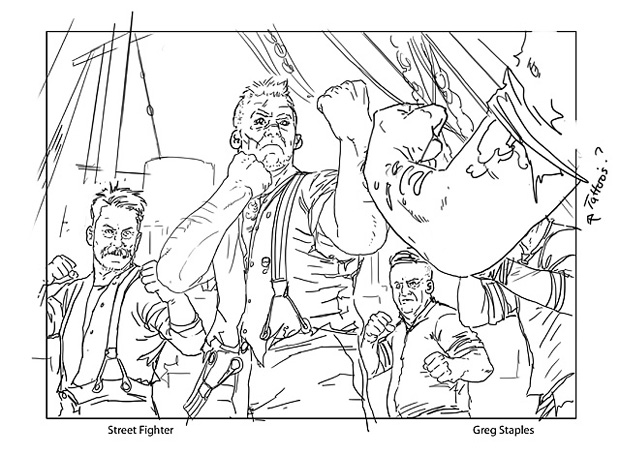 The creative team had a few style guide notes and asked for another pass. Here's what Greg gave them: 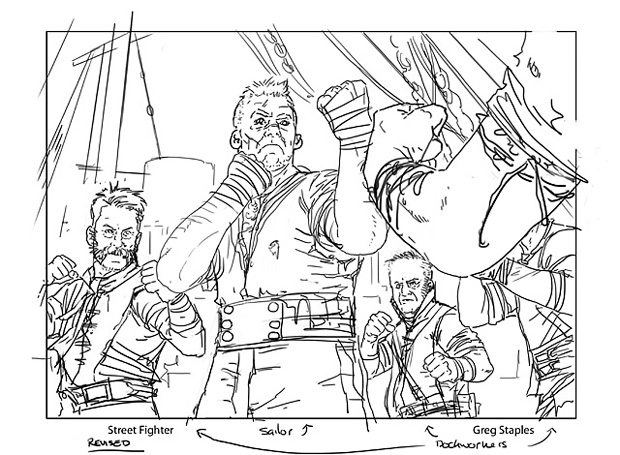 According to the notes on that second sketch, the central character is a sailor, fighting off a bunch of dockworkers. That reflects the original concept, but the final piece didn't really separate the sailor from the other goons. The solution? Rebrand the piece as a group. And "Instigator Gang" was born! 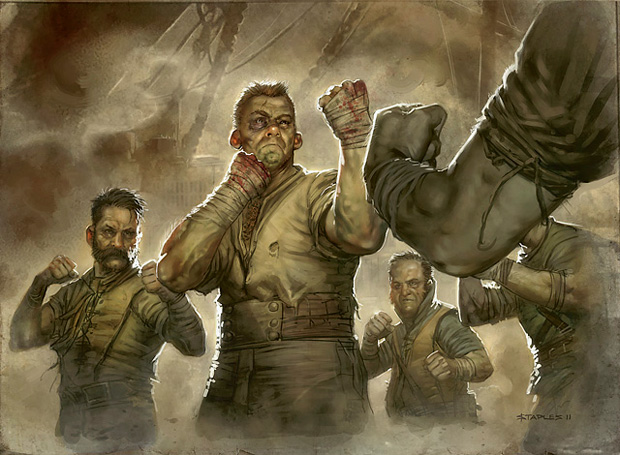 Before we look at the final card, let's use the power of the internet to let you flip quickly between the different versions of this card!