oday, we're going to look at Jace Beleren, as seen in the Worldwake card Selective Memory. The original sketch came from a different angle than the final version. 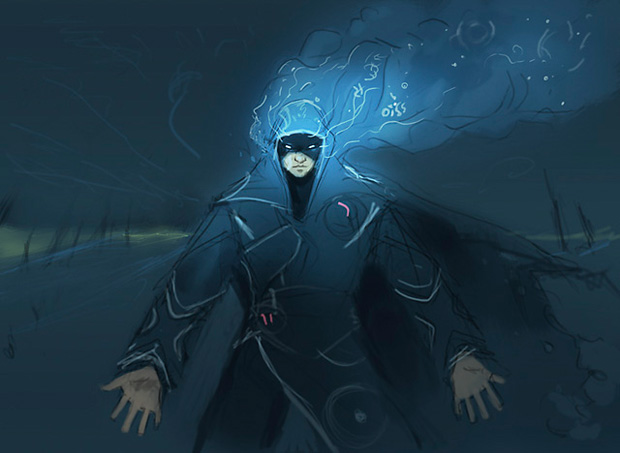 The first thing to do was to lose Jace's face in the glowing blue magic. The idea is that he's purging himself of useless knowledge, so the smoke should be more of a focus. 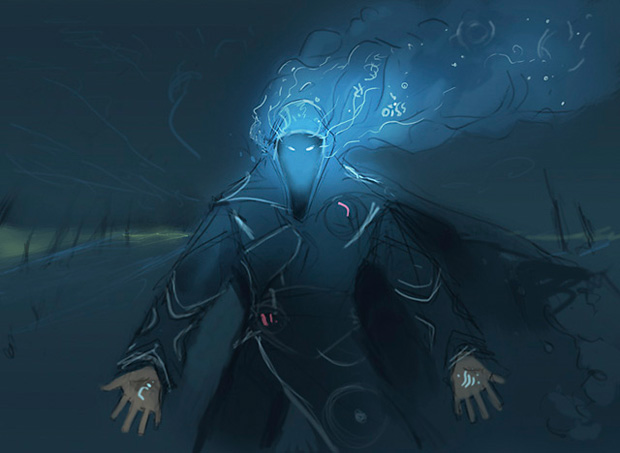 That hit the basic idea, but it didn't feel as dramatic as everyone had hoped. So Chippy went back to the beginning, zoomed in, and gave it a different angle. Presto! 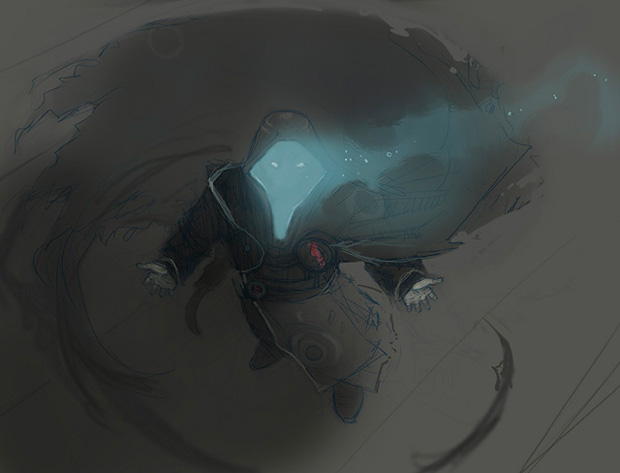 This version, incidentally, is a great example of how a sketch can use simplified colors and lines to really convey the emotion of the final. And here's that final! 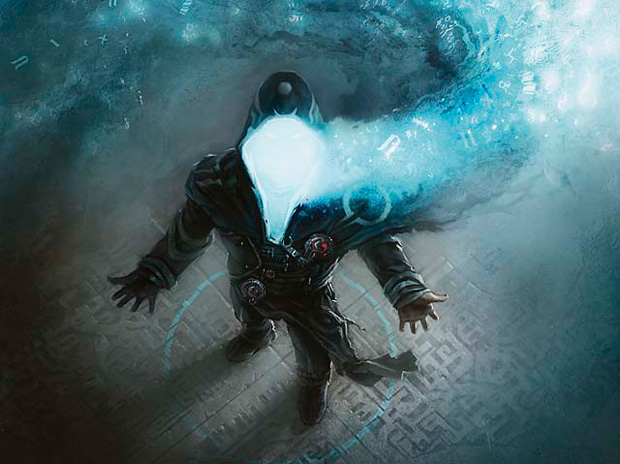 Note that you can just barely make out Jace's eyes in this. Now that you've seen that, maybe you can convince yourself you can see them at card size, too!