elcome back to another edition of Sketches! Today we're looking at a card from Innistrad that presented the creative team with a number of choices: Jason Felix's Smite the Monstrous.

Jason Felix has done the illustrations for 29 Magic cards.

The first step of the creation of a card's art is its art description. The art description tells the artist what the card will do, what its flavor is, and what the mood of the illustration should be. Here's what Jason was given for the card:

Action: The moon, partially occluded by clouds, sends down rays of light from between them, and one moonray has magically become a tactile vector of light that impales a large, blue-aligned ghoul. It’s a skaab, a construct of flesh, pieced together by stitches and arcane metal bindings inscribed with runes. The ghoul is at least 12 feet tall. Behind him, the houses are smashed and burning.

Mood: The end of a murderous, destructive rampage.

Sometimes, an artist will have more than one idea on how to execute on an art description. For example, Jason Felix presented the creative team with three choices. 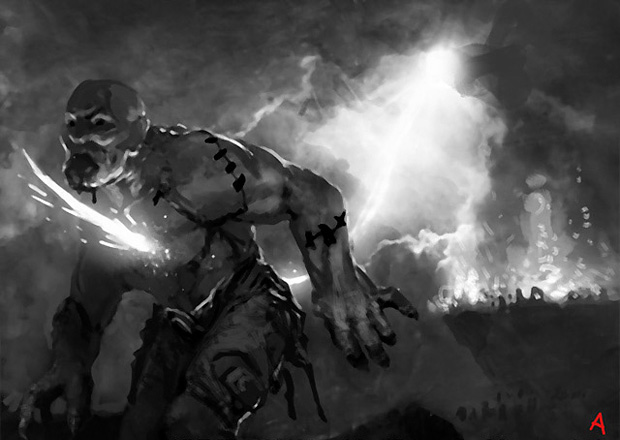 Smite the Monstrous | Sketch A by Jason Felix 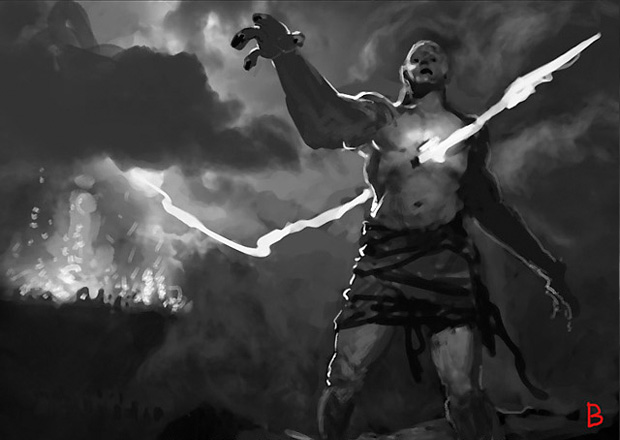 Smite the Monstrous | Sketch B by Jason Felix 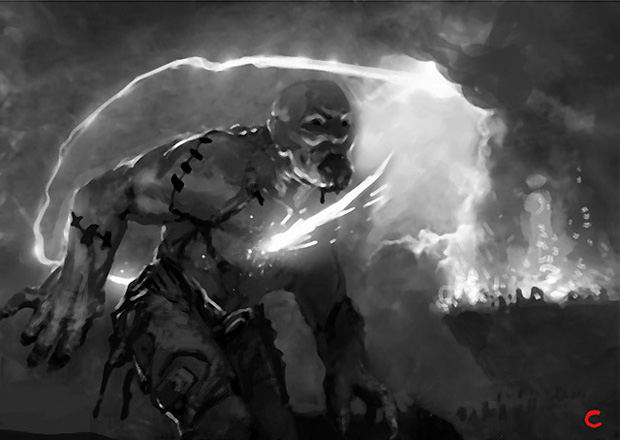 Those all look neat! The creative team chose option B, with the note that they wanted Jason to make sure the moon was prominent. And here's what happened! 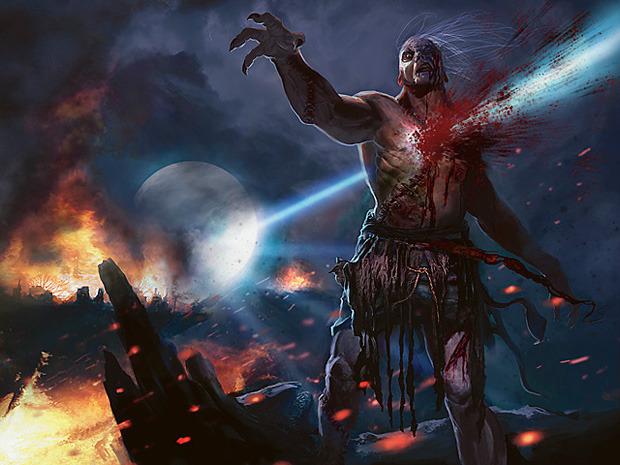