ere's the art description for Stoneforge Mystic that was given to Mike Bierek:

Action: Show a female kor "forgemaster," a kind of blacksmithing mage. In the air nearby her, a large stone of iron ore has been sliced in half, and inside it we see the glowing form of a kor weapon (see style guide pg. 48). It's as if the stone was a mold for that weapon, and the weapon has formed out of the molten heart of that stone, just now beginning to cool. Perhaps the kor is in a pose of meditation, almost prayer, to perform this magical forging ritual.

Mood: Her nomadic people have no place to put permanent forges -- so they use ritual magic instead

The creative team liked the angle on the left one, but they wanted to be sure that the coloration of the creature's hair and skin said "Kor". Here's the final version. 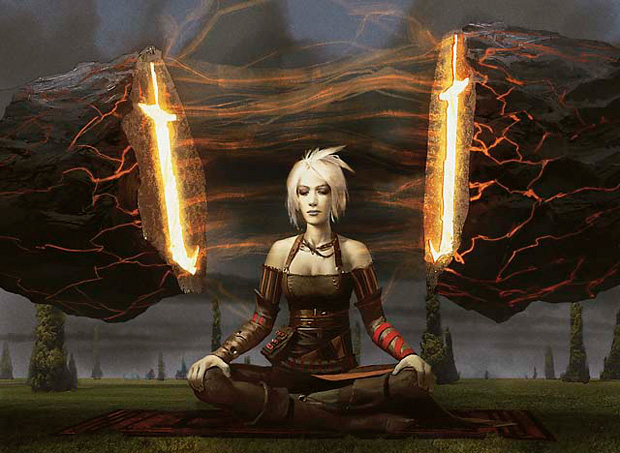