elcome to another edition of Sketches! Let's get right to it: Tower Gargoyle

Artist Matt Cavotta has illustrated, it says here, 140 Magic cards. He's was on the Magic Creative Team and he wrote the Taste the Magic column before Doug Beyer took it over and changed its name to "Savor the Flavor".

What we're saying here is that Matt's been around the block a few times.

The first step of the creation of a card's art is its art description. The art description tells the artist what the card will do, what its flavor is, and what the mood of the illustration should be. Here were the instructions given to Matt for Tower Gargoyle:

Color: Blue creature
Location: Esper sky
Action: Show a large gargoyle flying through the sky. It carries a heavy metal object as it goes -- maybe an orrery or even a metal architectural element.
Focus: the gargoyle
Mood: Like an enormous stone pet playing fetch 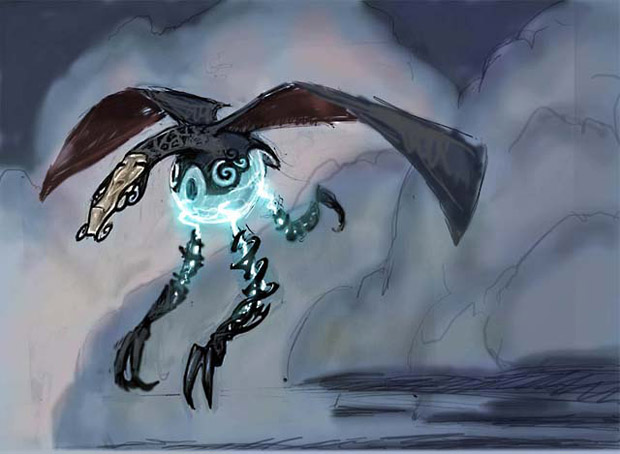 Everyone agreed it looked neat, but it didn't really read as "gargoyle". It needed a lot of small changes (back legs added to make it look less like a drake, maybe make the face more doglike to make it less like an imp, it didn't have anything that made it look like it had an untapping ability, etc.) and Matt ended up just doing a whole new sketch: 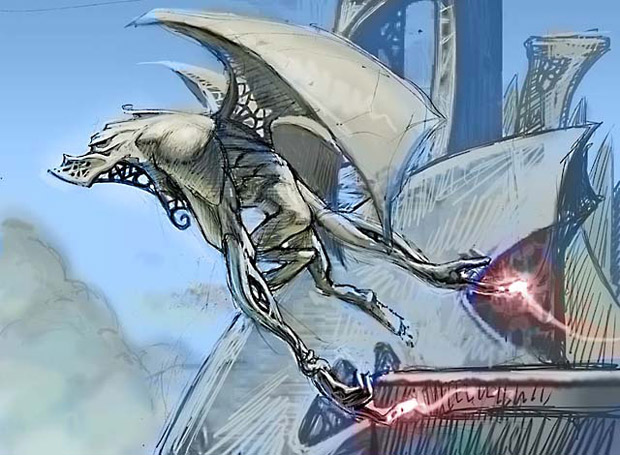 Everybody dug this version, which clearly reads as a gargoyle. The magic trailing from the gargoyle's fingertips was nice, but unfortunately, the card had changed by this point. So since it was now a straightforward flier, that detail got cut when Matt moved to the final version. 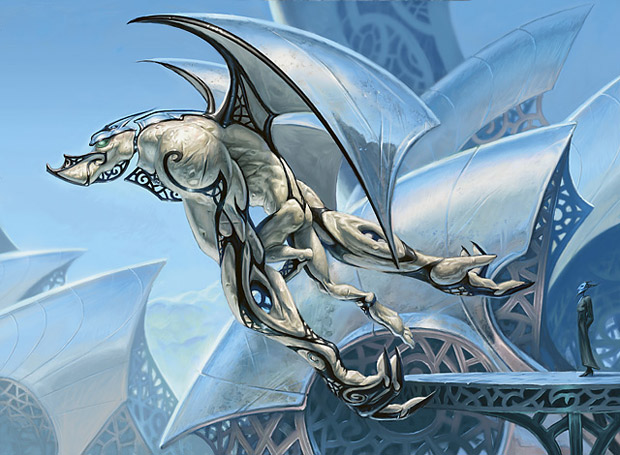 Here's the card in its final state, as you'll see in booster packs of Shards of Alara.