s you might have noticed there is an unintentional mini-theme to today. Both Gavin Verhey and Adam Styborski were seized by their writing muses and forced to write about Primal Surge. For that reason we're going to further the mini-theme and look at Primal Surge's art description, sketch and final art!

Color: Green spell
Location: "Gothic" forest
Action: This spell causes new life to spring out of the ground -- on a MASSIVE scale. Show a mage figure in the foreground, throwing his hands up to summon up the spell. Near the mage, a "geyser" of green magical energy sprouts up, splaying outward as it rises like the branches of a giant tree. The "branches" of this magical eruption turn into animal shapes: perhaps greenish magic in the shape of snakes, boars, birds, dragons, and wolves.
Focus: The giant magical "life eruption"
Mood: Massive, powerful life magic 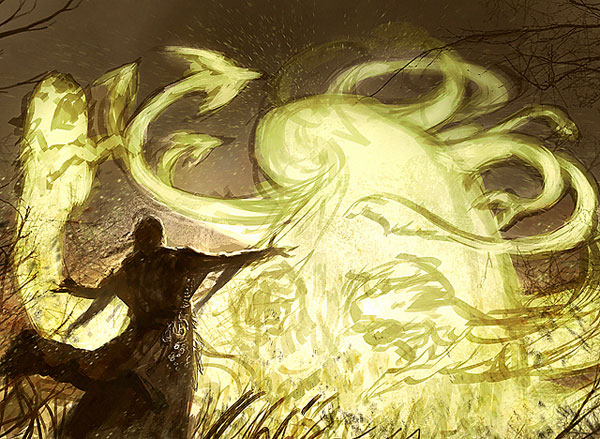 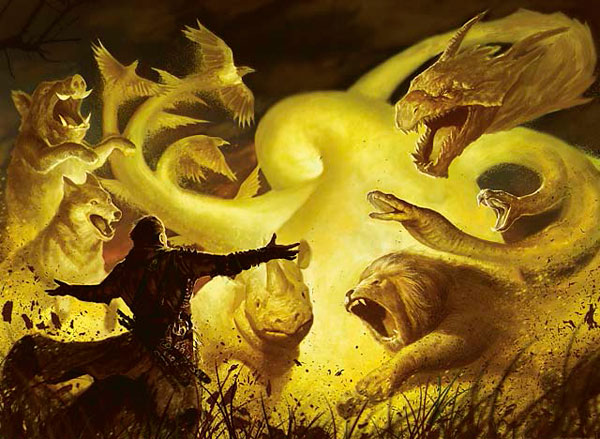